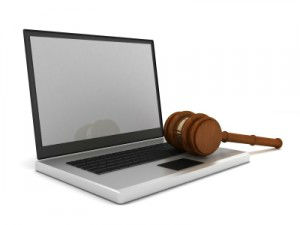 The U.S. Supreme Court is poised to issue groundbreaking opinions over the next few weeks on issues from same-sex marriage to affirmative action. While casual observers will tune in to the evening news to learn about the decisions, those who are “in the know” will be checking SCOTUSblog for up-to-the minute updates.

In an age when getting the story first is even more important than getting it right, complicated legal opinions often pose problems. When the Supreme Court issued its historic decision on the Affordable Care Act last June, many national news outlets raced to get information out quickly on their websites and social media networks. As a result, some of the initial information that they reported was wrong.

With its team of legal experts, SCOTUSblog provided timely and comprehensive information. The website is completely devoted to covering the U.S. Supreme Court, from in-depth analysis of the opinions to “Plain English” summaries. The site also provides a daily “Round-up” of what has been written about the Court in the media.

SCOTUSblog, which is sponsored by Bloomberg Law, was founded in 2002 by husband and wife team, Tom Goldstein and Amy Howe. Reporter Lyle Denniston joined a few years later, and the blog now supports a staff of over 20 people. In 2013, it became the first blog to win a Peabody Award for excellence in electronic media.

As explained by the ABA Journal publisher Edward Adams,  “It’s run by lawyers and they cover the Supreme Court more intensively than any news organization does, and it does a better job, too.”

On days when the Court issues major opinions, conducts oral arguments or grants cases, the site’s reporters live blog their initial descriptions and thoughts on the cases. Because the coverage is faster, more in-depth and more accurate than other sources, it has become a leading source of information about the Supreme Court.

During the oral arguments on the healthcare law, the site had one million hits. As the Court prepares to issue decisions on this term’s biggest cases, it should break records.