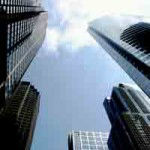 The U.S. Supreme Court recently considered whether corporations could be sued in the United States for alleged involvement in human rights abuses overseas. The case has important legal implications for U.S. businesses with operations around the globe.

At issue before the court is the reach of a law that dates back to 1789, but has been recently resurrected by foreign plaintiffs to hold corporations accountable for human rights violations abroad. The Alien Tort Statute specifically states that U.S. courts shall have jurisdiction over any civil lawsuit “by an alien for a tort only, committed in violation of the law of nations or a treaty of the United States.”

In 2004, the Supreme Court ruled Alien Tort Statute could be used to bring certain well-established international law violations, but did not determine who could be held accountable for those violations.

The case currently before the court, Kiobel v. Royal Dutch Petroleum, was brought by 12 Nigerians who alleged that Royal Dutch Shell Plc. aided the Nigerian government in putting down an uprising through torture, executions, and other crimes against humanity in the 1990s. The plaintiffs argue that corporations are permissible defendants under the Alien Tort Statute and that corporate civil liability is well established under international law, an issue that has stirred up much debate.

Meanwhile, the corporate community argues that only individuals, such as company employees or managers involved in the abuse, can be held liable under international law. They further argue that allowing the lawsuit to proceed would subject multinational corporations to an influx of frivolous and expensive litigation.

During oral arguments, the Supreme Court seemed divided along the usual lines and many wondered if the Court might try to sidestep the issue of corporate liability altogether. It now appears that this may be the case.

The Supreme Court has since requested briefs on the following issue: Whether and under what circumstances the Alien Tort Statute, 28 U.S.C. § 1350, allows courts to recognize a cause of action for violations of the law of nations occurring within the territory of a sovereign other than the United States.

Since final briefs are not due until June 29, a decision will not be issued until next term. We will, of course, keep you updated.