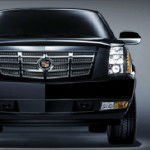 In this case, Washington, D.C., police installed a GPS device on a vehicle owned by nightclub owner Antoine Jones, who was suspected of drug-related crimes. Although police had previously obtained a warrant, it had expired when the device was installed and was limited to a specific geographic area, which the tracking exceeded.

The GPS data—collected over a period of 28 days—was ultimately used to track Jones to a “stash” house where police found $850,000 in cash, 97 kilograms of cocaine, and 1 kilogram of crack cocaine. Jones was convicted on drug-related charges and sentenced to life in prison. However, a D.C. Circuit Court ultimately overturned the conviction, finding that the evidence obtained via the GPS should be suppressed.

The Supreme Court agreed that Jones’s Fourth Amendment rights had been violated, and the conviction must be overturned. However, the consensus seemed to end there. In addition to the majority opinion, the justices issued two concurrent opinions.  The reasoning in both opinions was very different.

The majority opinion, authored by Justice Scalia, focused on the precise language of the Fourth Amendment, which protects the “right of the people to be secure in their persons, houses, papers, and effects, against unreasonable searches and seizures.” Under this analysis, the Government’s physical intrusion on an “effect” (in this case Jones’s vehicle) for the purpose of obtaining information constitutes a “search.”

The framers of the U.S. Constitution could have never imagined that global position technology would be possible.  Nevertheless, Justice Scalia concluded that “this type of encroachment on an area enumerated in the Amendment would have been considered a search within the meaning of the Amendment at the time it was adopted.” In articulating his argument, Justice Scalia stressed the concepts of physical trespass, which had been the primary approach to Fourth Amendment issues until the latter half of the 20th century.

In his concurring opinion, Justice Samuel Alito applied the more modern “reasonable expectation of privacy” analysis articulated in Katz v. United States. He reasoned that while limited tracking may not violate privacy rights, the sustained tracking used in this case crosses the line.

Justice Alito further argued that the majority’s narrow opinion failed to protect against modern attacks on personal privacy. He pointed out, “If long-term monitoring can be accomplished without committing a technical trespass—suppose for example, that the federal government required or persuaded auto manufacturers to include a GPS tracking device in every car—the [majority’s] theory would provide no protection.”

The Supreme Court’s decision leaves many questions unanswered when it comes to our expectation of privacy and modern technology. Therefore, we expect these issues will come back before the Court in the foreseeable future.

As noted by Justice Sotomayor in her concurring opinion, “It may be necessary to reconsider the premise that an individual has no reasonable expectation of privacy in information voluntarily disclosed to third parties. This approach is ill suited to the digital age, in which people reveal a great deal of information about themselves to third parties in the course of carrying out mundane tasks.”