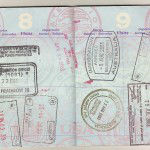 The Israeli-Palestinian conflict is a sensitive issue for the United States. In an effort to preserve peace in the Middle East, our leaders have always walked a fine line when it comes to choosing sides. Therefore, it should not be surprising that a legal dispute over the place of birth listed on the passport of a child born in Jerusalem recently made it all the way to the U.S. Supreme Court.

In addition to the foreign policy implications, the case is significant because it involves a number of important constitutional issues, including the separation of powers and the political question doctrine.

The political question doctrine bars judicial review of a controversy that “involves a political question … where there is ‘a textually demonstrable constitutional commitment of the issue to a coordinate political department; or a lack of judicially discoverable and manageable standards for resolving it.’” Nixon v. United States, 506 U. S. 224, 228. Separation of powers refers to the division of government responsibilities into our three distinct branches—the legislative, executive, and judiciary. The aim is to limit any one branch from intruding on another and to provide for a system of checks and balances.

After Petitioner Menachem Binyamin Zivotofsky was born abroad in Jerusalem, his mother requested that Zivotofsky’s place of birth be listed as “Israel” on his passport, pursuant to §214(d) of the Foreign Relations Authorization Act, Fiscal Year 2003. That provision states: “For purposes of the registration of birth, certification of nationality, or issuance of a passport of a United States citizen born in the city of Jerusalem, the Secretary shall, upon the request of the citizen or the citizen’s legal guardian, record the place of birth as Israel.”

However, U.S. officials denied the request on the grounds that State Department policy prohibits recording “Israel” as the place of birth for those born in Jerusalem in an effort to avoid taking a position on the political status of Jerusalem. Zivotofsky’s parents subsequently filed a suit on his behalf against the Secretary of State.

The District Court dismissed the case, holding that it presented a nonjusticiable political question regarding Jerusalem’s political status. The D. C. Circuit upheld the decision, agreeing that the Constitution gives the Executive the exclusive power to recognize foreign sovereigns, and that the exercise of that power cannot be reviewed by the courts.

The Court ultimately disagreed, finding that the lower courts had misunderstood the issue. According to the Court, they wrongly assumed resolution of Zivotofsky’s claim would require the Judiciary to define U.S. policy regarding the status of Jerusalem (which would invoke the political question doctrine). The Supreme Court stated the real issue was not whether Jerusalem is the capital of Israel, but rather “whether Zivotofsky can vindicate his statutory right under §214(d) to choose to have Israel recorded as his place of birth on his passport.” Under the Supreme Court’s view of the case, the only issue to be decided was the constitutionality of §214(d) of the Foreign Relations Authorization Act. Citing the case we discussed last week, Marbury v. Madison, the Court was quick to point out that “making such determinations is a familiar judicial exercise.”

Since the lower courts did not address the constitutionality of the statute, the Supreme Court remanded the case to be considered on the merits. It did, however, outline the legal analysis that should be undertaken, which largely involves the separation of powers.

As detailed in the opinion, “Determining the constitutionality of §214(d) involves deciding whether the statute impermissibly intrudes upon Presidential powers under the Constitution. If so, the law must be invalidated and Zivotofsky’s case should be dismissed for failure to state a claim. If, on the other hand, the statute does not trench on the President’s powers, then the Secretary must be ordered to issue Zivotofsky a passport that complies with §214(d). Either way, the political question doctrine is not implicated.”

The Supreme Court left many issues undecided, namely which branch of government has the authority to determine the birthplace listed on a U.S. passport. Given that this separation of powers argument is largely unresolved, I expect this case will ultimately end up before the Court again. Stay tuned.