Are College Admissions Policies Set to Change Again? Grutter v. Bolinger to Be Challenged Next Term 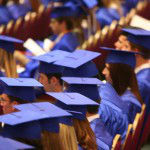 The use of race in college admissions has been a controversial constitutional law issue for over thirty years. What Americans have come to know as “affirmative active” may change later this year when the U. S. Supreme Court considers the issue again.

Admissions policies are currently governed by Grutter v. Bolinger, which was decided in 2003. However, later this year the U. S. Supreme Court will consider Fisher v. University of Texas, at Austin.  This case involves a white student who was denied admission to the school’s undergraduate program. She appealed and questions the constitutionality of the university’s use of race in its admissions criteria.

In order to follow this case as it is heard by the high court and to understand how the Court’s opinion may shift, it is important to look back at the Court’s reasoning in Grutter.

Barbara Grutter, a white Michigan resident with a 3.8 GPA and 161 LSAT score, filed the lawsuit after she was denied admission to the University of Michigan Law School. She alleged that the university had discriminated against her on the basis of race in violation of the Fourteenth Amendment, Title VI of the Civil Rights Act of 1964, and 42 U. S. C. 1981. She claimed that she was rejected because the Law School used race as a “predominant” factor, giving applicants belonging to certain minority groups a significantly greater chance of admission than students with similar credentials from disfavored racial groups. She further maintained that the school had no compelling interest to justify its use of race.

The university defended the policy, noting that it was specifically drafted to comply with the Supreme Court’s opinion in Regents of Univ. of Cal. v. Bakke and the Harvard admissions program described approvingly in that decision. In Bakke, the Court held that schools could not use racial “quotas” in their admissions process, but that using “affirmative action” to accept more minority applicants was constitutional in limited circumstances.

The University of Michigan Law School policy required admissions officials to evaluate each applicant based on all the information available in the file, including a personal statement, letters of recommendation, an essay describing how the applicant will contribute to Law School life and diversity, the applicant’s undergraduate grade point average (GPA), and Law School Admission Test (LSAT) score. As noted by the Court, “The policy does not define diversity solely in terms of racial and ethnic status and did not restrict the types of diversity contributions eligible for “substantial weight,” but it does reaffirm the Law School’s commitment to diversity with special reference to the inclusion of African-American, Hispanic, and Native-American students, who otherwise might not be represented in the student body in meaningful numbers.”

Using the same logic articulated in Bakke, the Supreme Court ruled that the school’s admissions policy was constitutional (although it was a 5-4 decision). The majority opinion, authored by Justice Sandra Day O’Connor, found that the Law School’s narrowly tailored use of race in admissions decisions to further a compelling interest in obtaining the educational benefits that flow from a diverse student body was not prohibited by the Equal Protection Clause.

The Court specifically reiterated that race-based action necessary to further a compelling governmental interest does not violate the Equal Protection Clause so long as it is narrowly tailored to further that interest. It further agreed that student body diversity is a compelling state interest that can justify using race in university admissions.

The Court also found that the Law School’s admissions program was a narrowly tailored plan. It specifically noted that the policy in question satisfied the criteria outlined in Bakke, particularly that admissions policies must be “flexible enough to consider all pertinent elements of diversity in light of the particular qualifications of each applicant, and to place them on the same footing for consideration, although not necessarily according them the same weight.” It further highlighted that the program ensured that each applicant is evaluated as an individual and not in a way that makes race or ethnicity the defining feature of the application.

Because the Law School’s use of race in admissions decisions was not prohibited by the Equal Protection Clause, the claims under Title VI and 1981 were also denied.

The makeup of the Supreme Court has shifted significantly since Grutter was decided. Therefore, it is possible that the Court could reach a different consensus on the use of affirmative action in college admissions decisions. Oral arguments will be held next Term, which begins October 1, 2012.