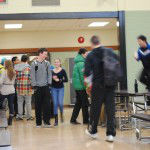 Schools have long been considered safe havens, places where children should be able to learn without fear. However, school violence seems to be reaching epidemic levels.

In seeking to address the problem, there is a fine line between protecting student safety and infringing on their legal rights.

The case of New Jersey v. T.L.O. was the first case to address the balance between student’s expectations of privacy and school’s equally legitimate need to maintain a safe environment. The Supreme Court ultimately held that probable cause was not required in school searches, finding that students were subject to a lower level of Fourth Amendment protection.

The decision generated a great deal of backlash when it was decided in 1985. However, in light of tragedies like Columbine and Virginia Tech, which led to indictments and convictions, the value of school searches is arguably better appreciated today.

The case involved a 14-year-old freshman found smoking cigarettes in a school bathroom. After the student denied smoking, the Assistant Vice Principal demanded to see her purse. Upon opening the purse, he found a pack of cigarettes and also noticed a package of cigarette rolling papers that are commonly associated with the use of marihuana. He then proceeded to search the purse thoroughly and found some marihuana and other evidence that she was selling drugs.

The State of New Jersey brought delinquency charges against the student in Juvenile Court. In those proceedings, the student sought to suppress the evidence found in her purse. After several lower court rulings, the New Jersey Supreme Court ordered the evidence be suppressed, holding that the search of the purse was unreasonable under the Fourth Amendment. The State of New Jersey subsequently appealed to the Supreme Court.

In a 6-3 decision, the Supreme Court ultimately concluded that the search was reasonable under the Fourth Amendment. In reaching its decision, the Court addressed a number of important constitutional issues that impact school searches.

First, the Court ruled that public school officials are subject to the Fourth Amendment’s prohibition against unreasonable searches and seizures because they act under the authority of the state. The opinion states, “In carrying out searches and other functions pursuant to disciplinary policies mandated by state statutes, school officials act as representatives of the State, not merely as surrogates for the parents of students, and they cannot claim the parents immunity from the Fourth Amendment’s strictures.”

Second, the Court confirmed that schoolchildren have legitimate expectations of privacy. It noted, “[Students] may find it necessary to carry with them a variety of legitimate, noncontraband items, and there is no reason to conclude that they have necessarily waived all rights to privacy in such items by bringing them onto school grounds. But striking the balance between schoolchildren’s legitimate expectations of privacy and the school’s equally legitimate need to maintain an environment in which learning can take place requires some easing of the restrictions to which searches by public authorities are ordinarily subject.”

Under this reasoning, the Court held that school officials do not need a warrant to justify a search, as long it is reasonable under the circumstances. As the Court noted, “The warrant requirement, in particular, is unsuited to the school environment . . . [T]he legality of a search of a student should depend simply on the reasonableness, under all the circumstances, of the search . . . Such a search will be permissible in its scope when the measures adopted are reasonably related to the objectives of the search and not excessively intrusive in light of the age and sex of the student and the nature of the infraction.”

In their dissents, Justice Brennan and Justice Stevens argued against the “reasonable suspicion” standard. Justice Brennan argued that all searches without probable cause violate the Fourth Amendment. Justice Stevens that searches should only be authorized when a student is suspected of “violating the law or engaging in conduct that is seriously disruptive of school order, or the educational process.”

Where Are We Now?

Many would argue that schools have grown more dangerous since this case was decided over two decades ago with many more students bringing guns and other weapons to school. On the other hand, the Supreme Court recognizes an individual’s right to privacy and that right exists in the schools and in the workplace.