Will the Arizona Immigration Case Reshape the Balance of Power Dating Back to McCulloch? 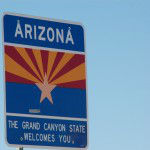 In April, the U.S. Supreme Court heard oral arguments in the landmark case, State of Arizona v. United States. The lawsuit addresses the authority of the state of Arizona to enact its own immigration enforcement laws instead of following federal regulations. On a broader scale, the case will revisit the delicate balance between state and federal authority first addressed in McCulloch v. Maryland, decided in 1819.

In 1816, Congress established the Second National Bank to address the influx of unregulated currency issued by state banks. Many states viewed the national bank with suspicion and questioned its constitutionality. In 1818, the State of Maryland passed a law that imposed taxes on all banks not chartered in the state. The Second National Bank was the only one.

When the Baltimore branch of the Second National Bank refused to pay the taxes, the state of Maryland filed a suit against James W. McCulloch, the bank’s cashier. In the lawsuit that followed, he argued that the tax was unconstitutional.

The Supreme Court was ultimately tasked with answering two questions: Did Congress have the power to establish a bank? Did the Maryland tax law violate the constitution?

In a unanimous decision authored by Chief Justice John Marshall, the Supreme Court ruled that the federal government’s actions in establishing the bank were constitutional, while the state of Maryland’s attempt at taxation was not.

In recognizing the implied power of Congress to create the bank under the Necessary and Proper Clause of Article I, Section 8 of the Constitution, the Court recognized Congress’ broad discretionary power to implement the powers enumerated in the Constitution. Since the authority to create a bank was related to the enumerated powers to regulate interstate commerce, collect taxes, and borrow money, the act was deemed constitutional.

The Court then considered Maryland’s ability to tax the bank and ultimately ruled that its actions violated the Supremacy Clause of Article VI of the Constitution. To put it simply, McCulloch first confirmed that federal laws trump state laws.

Chief Marshall, of course, explained the principle far more eloquently. He wrote, “The Government of the Union, though limited in its powers, is supreme within its sphere of action, and its laws, when made in pursuance of the Constitution, form the supreme law of the land.”

He further noted, “The States have no power, by taxation or otherwise, to retard, impede, burthen, or in any manner control the operations of the constitutional laws enacted by Congress to carry into effect the powers vested in the national Government.”

In so ruling, the Supreme Court started a long line of preemption cases involving issues of federal vs. state law. In State of Arizona v. United States, the Supreme Court will again consider the division of powers between state and the federal government. It will be interesting to see if the states’ rights arguments raised by the state of Arizona fare any better than those raised by Maryland way back in 1819.