Brown v. Board of Education Marks 58th Anniversary, But Has Segregation Gone Away? 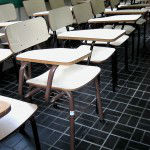 On Thursday, May 18 it was 58 years since the U.S. Supreme Court held in Brown v. Board of Education that segregation in public schools violated the Fourteenth Amendment of the U.S. Constitution.  While that case led to a national policy of school desegregation, racial inequality continues to exist today.

The New York Times reported that approximately 650 of the nearly 1,700 schools in the New York City public school system have populations that are 70 percent a single race. While the race makeup may be technically legal, it cannot be said that all children’s educational experience is equal. Experts agree that segregation of students, particularly minorities, leads to diminished academic performance and fails to equip students to succeed in the real world.

With this in mind, it is important look back at the principles articulated in Brown v. Board of Education.

The class-action lawsuit brought on behalf of black school children from Kansas, South Carolina, Virginia, and Delaware. In each of the cases, the students had been denied admission to schools attended by white children under laws requiring or permitting segregation according to race.

In 1954, segregation was legal under the precedent established in 1896 in Plessy v. Ferguson. It held that segregated public facilities were constitutional so long as the black and white facilities were equal.

The Brown plaintiffs argued that segregated public schools were not “equal” and could not be made “equal.” Therefore, segregation deprived the students of the equal protection guaranteed by the Fourteenth Amendment.

The Court concluded that segregation of children in public schools solely on the basis of race deprives children of the minority group of equal educational opportunities, even though the physical facilities and other “tangible” factors may be equal. It further concluded that the doctrine of “separate but equal” had no place in the field of public education, and that separate educational facilities were inherently unequal.

In support of its decision, the Court agreed with the findings of a lower court in Kansas. It stated: “Segregation of white and colored children in public schools has a detrimental effect upon the colored children. The impact is greater when it has the sanction of the law, for the policy of separating the races is usually interpreted as denoting the inferiority of the negro group. A sense of inferiority affects the motivation of a child to learn. Segregation with the sanction of law, therefore, has a tendency to [retard] the educational and mental development of negro children and to deprive them of some of the benefits they would receive in a racial[ly] integrated school system.”