Will the Voting Rights Act Come Before the Supreme Court Again? 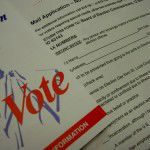 The debate is growing over Section 5 of the Voting Rights Act of 1965, which requires states and municipalities with a history of voter discrimination to obtain federal approval before making any changes to their voting laws.

Republican attorneys general in states subject to its restrictions are increasingly challenging the historic law, which could stand in the way of redistricting and controversial voter identification requirements. Meanwhile, Democrats argue that these changes are intended to deter minority voting and, therefore, serve as evidence for the Voting Rights Act’s continued relevance.

Earlier this month, the U.S. Court of Appeals for the D.C. Circuit upheld the Voting Rights Act by a vote of 2-1. However, the case appears destined for the U.S. Supreme Court, which has sidestepped ruling on the law’s constitutionality in recent years. The Court first considered a constitutional challenge to the law in South Carolina v. Katzenbach, one year after the law was passed.

South Carolina filed a bill of complaint seeking a declaration of unconstitutionality as to certain provisions of the Voting Rights Act of 1965 and an injunction against their enforcement by the Attorney General. It argued that certain previsions of the law exceeded the powers of Congress and encroached on an area reserved to the States by the Constitution.

The Court confirmed that Congress was authorized to pass the Voting Rights Act under the Fifteenth Amendment, which authorizes the it to effectuate by “appropriate” measures the constitutional prohibition against racial discrimination in voting. It further held that the law was an appropriate means for carrying out Congress’ “firm intention to rid the country of racial discrimination in voting,” specifically noting that previous measures had failed.

With respect to Section 5, the Court acknowledged that singling out several states might have been an uncommon exercise of congressional power, but that the Court had previously recognized that “exceptional conditions can justify legislative measures not otherwise appropriate.”

The opinion further states, “Congress knew that some of the States covered by § 4(b) of the Act had resorted to the extraordinary stratagem of contriving new rules of various kinds for the sole purpose of perpetuating voting discrimination in the face of adverse federal court decrees. Congress had reason to suppose that these States might try similar maneuvers in the future in order to evade the remedies for voting discrimination contained in the Act itself. Under the compulsion of these unique circumstances, Congress responded in a permissibly decisive manner.”

The Future of the Voting Rights Act

In 2006, Congress extended Section 5 of the Voting Rights Act for another 25 years. However, many predict that its days may be numbered, at least in its current form. They point to dicta in Northwest Austin Municipal Utility District Number One v. Holder, which suggests that the Court is growing skeptical of the law’s relevance. “Things have changed in the South,” Chief Justice John G. Roberts Jr. wrote. “Voter turnout and registration rates now approach parity. Blatantly discriminatory evasions of federal decrees are rare. And minority candidates hold office at unprecedented levels.”