Baker v. Carr: The Most Important Voting Rights Decision of the Twentieth Century 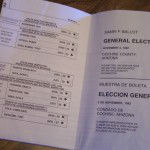 The Supreme Court has issued several notable voting rights decisions over the past one hundred years. However, very few had the impact of Baker v. Carr. In fact, Justice Earl Warren chose Baker v. Carr—not Brown v. Board of Education—as the “most vital decision” of his tenure as chief justice.

While redistricting battles continue across the country, Baker v. Carr serves as an important reminder of the historical roots of redistricting and the Court’s ability to intervene in the process. The case opened the door to a line of cases that enhanced democracy, reshaped the political process, and furthered the voting rights of minorities.

The Facts of the Case in Baker v. Carr

Charles Baker, a Republican Mayor of Nashville, brought the suit to challenge the apportionment of state legislators in the state of Tennessee. While the state constitution required that legislative districts be redrawn every ten years according to the federal census, the redistricts had not been redrawn since 1901. Since that time, urban areas had grown vastly in population and were subsequently underrepresented.

Baker argued that the existing apportionment denied voters of urban areas equal protection under the law as guaranteed by the 14th Amendment. The federal court refused to hear the case under the “political question” doctrine, and the case was appealed to the Supreme Court.

Nearly a year after the case was first argued, the Supreme Court issued a 6-2 decision in favor of Baker. The Court ultimately concluded that “the complaint’s allegations of a denial of equal protection presented a justiciable constitutional cause of action upon which appellants are entitled to a trial and a decision.”

In the majority opinion, authored by Justice William J. Brennan, the Court reformulated the political question doctrine. Brennan laid out six factors to be considered:

Under this formulation, the majority held that the case did not present a political question that prohibited judicial review. Rather, “the question here is the consistency of state action with the Federal Constitution,” the opinion states. Therefore, courts were well within their rights to determine whether a state’s failure to redistrict violated the Fourteenth Amendment.

While the Baker v. Carr decision was limited to the state of Tennessee, nearly every state in the country was forced to undergo redistricting in the 1960s. Going forward, the decision confirmed that the courts would enter the “political thicket” to protect the rights of voters and paved the way for today’s redistricting challenges.