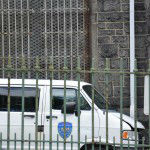 Adults and children should be treated differently, even when it comes to the most serious crimes, according to the U.S. Supreme Court.

In Jackson v. Hobbs, the justices held that requiring children convicted of murder to be sentenced to prison without possibility of parole violates the Eighth Amendment’s ban on cruel and unusual punishment.

The two cases before the Court each involved a 14-year-old offender who was convicted of murder. Both were sentenced to life imprisonment without the possibility of parole.

In one case, the defendant accompanied two other boys to a video store to commit a robbery; on the way to the store, he learned that one of the boys was carrying a shotgun. Kuntrell Jackson stayed outside the store for most of the robbery, but after he entered, one of his co-conspirators shot and killed the store clerk. Arkansas charged Jackson as an adult with capital felony murder and aggravated robbery, and a jury convicted him of both crimes.

In the other case, the defendant and a friend beat a neighbor and set fire to his trailer after a night of drinking and drug use. The neighbor died. Evan Miller was initially charged as a juvenile, but his case was removed to adult court, where he was convicted of murder in the course of arson.

The Supreme Court concluded that both sentences violated the Eighth Amendment, holding that the Constitution forbids a sentencing scheme that mandates life in prison without possibility of parole for juvenile homicide offenders. As the majority opinion highlights, the Amendment’s prohibition of cruel and unusual punishment “guarantees individuals the right not to be subjected to excessive sanctions.”

However, “[i]n neither case did the sentencing authority have any discretion to impose a different punishment. State law mandated that each juvenile die in prison even if a judge or jury would have thought that his youth and its attendant characteristics, along with the nature of his crime, made a lesser sentence (for example, life with the possibility of parole) more appropriate,” Justice Elena Kagan wrote for the majority.

As Kagan explained, “A judge or jury must have the opportunity to consider mitigating circumstances before imposing the harshest possible penalty for juveniles.”

The Court’s decision is the latest in a string of decisions that alter how sentencing rules apply to young offenders. In 2005, the Supreme Court prohibited the death penalty for all juvenile offenders under the age of 18. In a 2010 decision, the Court concluded that life without parole for juveniles in non-homicide cases also violated the Eighth Amendment’s prohibition against cruel and unusual punishment.