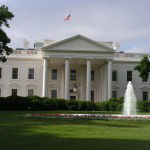 Following the conclusion of the 2011-2012 term, much has been said about the Supreme Court’s ability to stay above the political fray. A number of controversial issues, including the Affordable Care Act and Arizona’s immigration law, were hotly debated by Congress, the media, and the public. However, the justices seemed to focus solely on their job of interpreting the law.

This, of course, isn’t the first time the U.S. Supreme Court has been asked to delve into highly politicized issues. In the landmark case U.S. v. Nixon, the Court was asked to take on the alleged misdeeds of a sitting president.

In the wake of the Watergate scandal and following the indictment of several of President Nixon’s staff members, the Special Prosecutor filed a motion under Fed. Rule Crim. Proc. 17(c) for a subpoena duces tecum for the production of certain tapes and documents.  These tapes included conversations and meetings between the President and others.

The Supreme Court first ruled that the dispute between the Special Prosecutor and the President presented a justiciable controversy, noting that the mere assertion of an “intra-branch dispute,” without more, does not defeat federal jurisdiction.

As the Court further explained, “The action of the Special Prosecutor within the scope of his express authority seeking specified evidence preliminarily determined to be relevant and admissible in the pending criminal case, and the President’s assertion of privilege in opposition thereto, present issues ‘of a type which are traditionally justiciable’” under existing precedent.

Citing Marbury v. Madison, the majority reasoned, “Neither the doctrine of separation of powers, nor the need for confidentiality of high level communications, without more, can sustain an absolute, unqualified presidential privilege of immunity from judicial process under all circumstances. The President’s need for complete candor and objectivity from advisers calls for great deference from the courts. However, when the privilege depends solely on the broad, undifferentiated claim of public interest in the confidentiality of such conversations, a confrontation with other values arises.”

The Court ordered Nixon to turn over the tapes, noting “Absent a claim of need to protect military, diplomatic, or sensitive national security secrets, the confidentiality of Presidential communications is not significantly diminished by producing material for a criminal trial under the protected conditions of in camera inspection, and any absolute executive privilege under Art. II of the Constitution would plainly conflict with the function of the courts under the Constitution.”