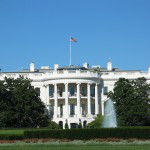 On the day after the Presidential election, the Florida Division of Elections reported that Bush had won the state by a margin of only 1,784 votes. Because the margin of victory was less than “one-half of a percent . . . of the votes cast,” an automatic machine recount was conducted under the state’s election laws, the results of which still showed Bush won but by a much slimmer margin. Gore then sought manual recounts in Volusia, Palm Beach, Broward, and Miami-Dade Counties, which were also authorized under Florida’s election laws.

A number of legal disputes regarding the election results followed, and the Florida Supreme Court eventually ordered a manual recount of all votes in many Florida counties to resolve the infamous “hanging chad” problem, among others caused by the balloting machines. Bush subsequently filed an emergency application for a stay of this mandate and a determination by the Supreme Court regarding the constitutionality of the recount.

Roughly one month after the votes were cast, the Supreme Court issued a 5-4 decision. It ruled that the Florida Supreme Court’s recount order was unconstitutional because it afforded greater protection to some ballots over others, in violation of the Fourteenth Amendment. It states, “No State shall make or enforce any law which shall abridge the privileges or immunities of citizens of the United States; nor shall any State deprive any person of life, liberty, or property, without due process of law; nor deny to any person within its jurisdiction the equal protection of the laws.”

The Supreme Court specifically found fault with the lack of uniform standards associated with what constituted a legal vote. As the Court highlighted in its opinion, “The standards for accepting or rejecting contested ballots might vary not only from county to county but indeed within a single county from one recount team to another.”

Given the lack of uniformity, the Supreme Court held that the recount was unconstitutional because the recount order afforded “arbitrary and disparate treatment to voters in its different counties.” In doing so, the state violated the long-standing principle of  one-man, one-vote.

Ultimately, the case is known more for its role in the controversy surrounding the election than any precedent it established. In fact, the opinion closes by famously stating, “Our consideration is limited to the present circumstances, for the problem of equal protection in election processes generally presents many complexities.” In other words, don’t quote us on this.

The decision in this case is a clear contrast to the majority of “political question” cases decided by the Roberts court.  Roberts tries to emulate the wisdom of Justice Marshall by navigating cautiously around “political” issues.  However, this case was an example of judicial activism and judicial “politics” at its worst.