Supreme Court Clarifies Role of Technology and “One Person, One Vote” Rule 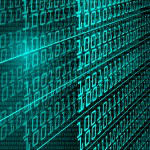 With the assistance of modern technology, state Congressional districts can be divided down to a single person, seemingly satisfying the “one person, one vote” requirement. However, as the U.S. Supreme Court recently highlighted, mathematical equality is not required to ensure that a redistricting plan will pass constitutional scrutiny.

In Tennant v. Jefferson County Commission, the Supreme Court held that West Virginia’s 2011 congressional redistricting plan does not violate the “one person, one vote” principle. The per curium decision confirmed that states should still be given some flexibility in applying the standard and that “zero variance” is not the new test of constitutionality, despite advances in mapping technology.

Following the 2010 census, West Virginia lawmakers evaluated nine redistricting plans and ultimately approved a plan in which the difference between the most populous and least populous districts was approximately 4,900 people, or 0.79 percent. The plan was ultimately challenged on the grounds that it violated the “one person, one vote” principle established in Article I, §2, of the United States Constitution. A three-judge District Court for the Southern District of West Virginia agreed, declaring the plan “null and void” and enjoining West Virginia’s Secretary of State from implementing it.

The Supreme Court ultimately concluded that the redistricting plan did pass constitutional muster. It confirmed that “the ‘as nearly as is practicable’ standard does not require that congressional districts be drawn with ‘precise mathematical equality,’ but instead that the State justify population differences between districts that could have been avoided by ‘a good-faith effort to achieve absolute equality.’”

The decision is significant because the Supreme Court held that a redistricting plan that includes population deviations does not offend the “one person, one vote” principle simply because technology is now available to avoid nearly all such differences. In this case, the Supreme Court specifically noted that the rival “Perfect Plan,” given the name because it achieved a population difference of a single person between the largest and smallest districts, had several important downsides.

As the opinion states, “That appears, however, to have been the only perfect aspect of the Perfect Plan. State legislators expressed concern that the plan contravened the State’s longstanding rule against splitting counties, placed two incumbents’ residences in the same district, and moved one-third of the State’s population from one district to another.”

The Court further confirmed that states can have some inequality in the population of districts, so long as they are designed to serve other legitimate interests. As the justices also highlighted, “Our cases leave little doubt that avoiding contests between incumbents and not splitting political subdivisions are valid, neutral state districting policies.”