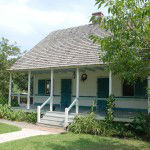 The U.S. Supreme Court recently considered whether law enforcement’s use of a trained narcotics-detection dog to sniff a house suspected of drug activity is a “search” within the meaning of the Fourth Amendment. Although the Supreme Court has generally sanctioned the use of police dogs,  Florida v. Jardines is unique because the dogs were used to detect drug on the doorstep of a private home.

The Supreme Court has long recognized that “the right of a man to retreat into his own home and there be free from unreasonable governmental intrusion” is at “the very core” of the Fourth Amendment. Kyllo v. United States, 533 U.S. 27, 31 (2001). Therefore, it is not surprising the recent oral arguments in Jardines largely revolved around the special status of the home under the Fourth Amendment.

Below are some of the important cases the Court will likely consider:

Payton v. New York: The Supreme Court struck down a New York statute allowing police to make a warrantless and nonconsensual entry into a suspect’s home in order to make a routine felony arrest, finding that it violated the Fourth Amendment. In its opinion, the Court recognized that the right to privacy in the home is greater than automobiles, noting that the “overriding respect for the sanctity of the home that has been embedded in our traditions since the origins of the Republic.”

Kyllo v. United States: The Supreme Court held that using a thermal-imaging device to detect heat escaping from a home without a warrant constituted an unlawful search. The Court reached this conclusion even though the device did not physically enter the house or reveal anything other than the amount of heat being released. The Court held that when “the Government uses a device that is not in general public use, to explore details of the home that would previously have been unknowable without physical intrusion, the surveillance is a ‘search’ and is presumptively unreasonable without a warrant.”

United States v. Karo: The Supreme Court held that warrantless monitoring of a beeper in a can of ether in a private residence violated the Fourth Amendment because it revealed information about the home not otherwise obtainable without being inside it. The Court recognized that “monitoring of an electronic device such as a beeper is, of course, less intrusive than a full-scale search,” but concluded that it nonetheless constituted a search under the Fourth Amendment because it “reveal[s] a critical fact about the interior of the premises that the Government is extremely interested in knowing.”

Given this precedent, many of the justices seemed to believe man’s best friend does need a search warrant. Justice Antonin Scalia was one of several judges to note that the location of the search was important. “It isn’t sniffing in the abstract,” he said, “it’s sniffing at the front door.”