Branzburg v. Hayes: The Evolution of the Reporters’ Privilege 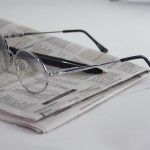 The Supreme Court has only considered the existence of a reporters’ privilege once during its storied history, and it ultimately concluded that the First Amendment does not afford such protections. Yet, Branzburg v. Hayes is cited today as establishing a test for determining when the reporters’ privilege can be used to prevent confidential sources and information from being compelled.

The appeal before the Supreme Court involved several individual cases in which reporters were called to testify before grand juries and reveal the identities of confidential sources. All of the reporters refused to appear. The question before the Supreme Court was whether requiring reporters to appear and testify before state or federal grand juries abridges the freedom of speech and press guaranteed by the First Amendment.

The Supreme Court concluded that the First Amendment to the Constitution did not afford reporters any special protections. “Until now, the only testimonial privilege for unofficial witnesses that is rooted in the Federal Constitution is the Fifth Amendment privilege against compelled self-incrimination,” Justice Byron White wrote for the majority. “We are asked to create another by interpreting the First Amendment to grant newsmen a testimonial privilege that other citizens do not enjoy. This we decline to do.”

The majority, however, refused to close the door completely. It noted that “official harassment of the press undertaken not for purposes of law enforcement but to disrupt a reporter’s relationship with his news sources” could be unconstitutional.

Justice Lewis F. Powell Jr. went even further in his concurring opinion. In addition to making it clear that “the Court does not hold that newsmen, subpoenaed to testify before a grand jury, are without constitutional rights with respect to the gathering of news or in safeguarding their sources,” he also stated that “the courts will be available to newsmen under circumstances where legitimate First Amendment interests require protection.”

Justice Powell then went on to describe a balancing test that is still used in most federal courts when determining the existence of the reporters’ privilege. “[I]f the newsman is called upon to give information bearing only a remote and tenuous relationship to the subject of the investigation, or if he has some other reason to believe that his testimony implicates confidential source relationships without a legitimate need of law enforcement, he will have access to the court on a motion to quash, and an appropriate protective order may be entered. The asserted claim to privilege should be judged on its facts by the striking of a proper balance between freedom of the press and the obligation of all citizens to give relevant testimony with respect to criminal conduct. The balance of these vital constitutional and societal interests on a case-by-case basis accords with the tried and traditional way of adjudicating such questions,” Justice Powell explained.

Taking the majority and concurring opinions together, the federal courts, including the First, Second, Third, Fourth, Fifth, Ninth, Tenth, Eleventh, and D.C. Circuits, have all recognized the existence of a limited reporters’ privilege. In addition, the majority of the states have enacted their own shield laws.