Are Health Care Law Challenges in the Rear View? Three Cases to Watch 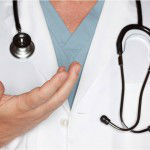 Many assumed that when the U.S. Supreme Court issued its historic decision to uphold the the health care law, the legal challenges would cease. The recent reelection of Barak Obama also signaled that the Affordable Care Act (ACA) would not be repealed. Yet, the sweeping health care law is still not a done deal.

A number of cases are currently making their way through the federal court system that could upend at least some ACA provisions. Many of the lawsuits have amended their claims to launch new constitutional challenges in the wake of the Supreme Court’s decision in June.

The cases raise a variety of challenges, including religious freedom, state sovereignty, and due process. Below are three cases to watch:

This case is one of over thirty cases challenging the ACA’s “contraceptive mandate.” The term refers to regulations that will require qualifying health insurance plans to provide coverage for contraceptives and “morning after” pills. Although the regulations contain an exemption for religious institutions, colleges and universities with religious ties and other non-profit organizations have so far only been given a one-year “safe harbor” from enforcement. Wheaton College and Belmont Abbey College subsequently filed suit, arguing that the requirement to cover contraception violates their constitutional rights guaranteed under the First Amendment’s speech, free exercise and establishment clauses, among other legal challenges.

Lower courts have dismissed the case for lack of ripeness and standing, holding that the safe harbor provisions guarantee that the two colleges will not suffer any harm for at least one year. The dismissals further noted that the federal government has indicated that it is considering a longer-term solution. On appeal before the U.S. Court of Appeals for the D.C. Circuit, Wheaton College and Belmont Abbey College argue that the possibility that the federal government will change course is not enough to strip the case of standing. They further argue that the unsettled nature of their obligations is causing harm now.

In this ACA challenge, Oklahoma Attorney General Scott Pruitt argues that the individual and employer mandates cannot be enforced in his state because of a 2010 amendment to the Oklahoma constitution. It prohibits any rule or law forcing a person, employer or health care provider to participate in a health care system. Forcing Oklahoma to comply with the ACA would violate its state sovereignty, according to the suit.

Pruitt is also seeking to overturn an Internal Revenue Service regulation that authorizes federal subsidies and tax credits for insurance purchases on state or federally run health insurance exchanges. (The federal government will run exchanges in states that decline to establish their own.) The lawsuit maintains that the IRS overstepped its statutory authority by including tax credits through federal exchanges because they were not expressly included in the language of the ACA. Although it may seem like a technicality, the disconnect between the ACA and the IRS regulation could hamper the creation of health care exchanges.

The Pacific Legal Foundation has filed this health care challenge on behalf of a small business owner from Iowa. It argues that the mandate to purchase health insurance is a tax that violates the Constitution’s Origination Clause, because the ACA originated in the Senate and not the House. The Origination Clause states, “All bills for raising revenue shall originate in the House of Representatives; but the Senate may propose or concur with Amendments as on other bills.”

To get the legislation passed, the Senate inserted the ACA provisions into a previously approved House bill dealing with tax credits for homebuyers. The bill, often referred to as a “shell bill,” was stripped of its provisions and replaced by the ACA amendments. While the courts are generally lenient with respect to Congress’ use of this procedure, the case presents an interesting legal challenge.