Will History Be Made? Supreme Court Agrees to Consider Two Same-Sex Marriage Cases 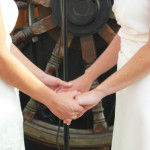 This was one of several cases challenging Section 3 of the Defense of Marriage Act, which defines “marriage” for all purposes under federal law as “only a legal union between one man and one woman as husband and wife.” The issue before the Court is whether DOMA deprives same-sex couples—who are lawfully married in states that permit it — of the equal protection of the laws guaranteed by the Fifth Amendment to the Constitution.

The issue before the Court is whether the Equal Protection Clause of the Fourteenth Amendment prohibits the State of California from enforcing Proposition Eight, a voter-approved measure defining marriage as the· union of a man and a woman.

Interestingly, both cases also involve procedural issues that could allow the Supreme Court to issue a decision without getting to the heart of the issue. In Windsor, the Court seems to question whether House Republicans can defend DOMA when the Obama Administration has decided not to do so. The parties have specifically been directed to brief and argue the following questions: Whether the Executive Branch’s agreement with the court below that DOMA is unconstitutional deprives this Court of jurisdiction to decide this case; and whether the Bipartisan Legal Advisory Group of the United States House of Representatives has Article III standing in this case.

In Hollingsworth v. Perry, the Supreme Court will consider whether the supporters of the measure have standing under Article III, §2 of the Constitution. The parties have been directed to brief and argue the issue. The Ninth Circuit Court of Appeals previously ruled that the petitioners are entitled to pursue the case.

All eyes will again be on the Supreme Court this term as they take up these cases. While they have the potential to be history-making blockbuster decisions, the justices have also given themselves some wiggle room to sidestep the most important and controversial issues.