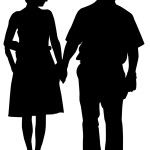 As the Supreme Court prepares to consider the legality of same-sex unions, it is important to look back at the Court’s last blockbuster decision on marriage. In Loving v. Virginia, the Supreme Court ruled that laws prohibiting interracial marriage violated the Constitution’s Equal Protection guarantees.

In some respects, today’s marriage cases bare a striking resemblance. At the time Loving v. Virginia was decided, the states could not agree on whether interracial marriage should be legal, as 16 states still prohibited marriage between blacks and whites. Public opinion was also still not squarely behind the unions, with 70 percent of Americans opposing them.

In June of 1958, two residents of Virginia, Mildred Jeter, a black woman, and Richard Loving, a white man, were married in the District of Columbia. Upon returning to Virginia, they were charged with violating the state’s ban on interracial marriages. The Lovings pleaded guilty to the charge, and were sentenced to one year in jail; however, the trial judge suspended the sentence provided that the couple leave the state of Virginia.

After leaving Virginia, the couple appealed their conviction, arguing that Virginia’s antimiscegenation law was unconstitutional. The case ultimately made it to the Supreme Court.

The Supreme Court concluded that Virginia’s statutory scheme to prevent marriages between persons solely on the basis of racial classifications violated the Equal Protection and Due Process Clauses of the Fourteenth Amendment. “Under our Constitution,” Chief Justice Earl Warren wrote for the majority, “the freedom to marry, or not marry, a person of another race resides with the individual, and cannot be infringed by the State.”

As the justices further explained, “There is patently no legitimate overriding purpose independent of invidious racial discrimination which justifies this classification. The fact that Virginia prohibits only interracial marriages involving white persons demonstrates that the racial classifications must stand on their own justification, as measures designed to maintain White Supremacy. We have consistently denied the constitutionality of measures which restrict the rights of citizens on account of race. There can be no doubt that restricting the freedom to marry solely because of racial classifications violates the central meaning of the Equal Protection Clause.”

As the Supreme Court prepares to take on another controversial case regarding the right to marry, it will be interesting to see what role, if any, the Court’s decision in Loving will play.