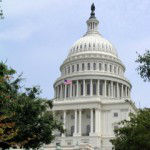 Missouri v. Holland may be a case about birds, but its long-standing precedent has given Congress and the President wide latitude when implementing international treaties. As we discussed last week, the fate of a Pennsylvania woman charged with poisoning her husband’s lover could hang on the U.S. Supreme Court’s last interpretation of Congress’ treaty power, which dates back in 1920.

The State of Missouri brought the case to prevent a game warden of the United States from attempting to enforce the Migratory Bird Treaty Act of July 3, 1918 and the implementing regulations established by the Secretary of Agriculture. The treaty was designed to protect several species of migratory birds in the U.S. and Canada that were in danger of extermination through lack of adequate protection. However, Missouri argued that the statute was unconstitutional because it interfered with the rights reserved to the states by the Tenth Amendment.

The Supreme Court ultimately upheld the statute by a vote of 7-2. In its opinion, the majority held that a national interest could only be protected by national action. It specifically noted the subject matter of the statute (the birds) was only transitorily within the state and has no permanent habitat therein. “But for the treaty and the statute there soon might be no birds for any powers to deal with,” the justices wrote.

In the case currently before the Supreme Court, Bond v. United States, the Third Circuit Court of Appeals relied on dicta from the opinion to validate a law implementing the Chemical Weapons Convention. The cited passage from Missouri v. Holland states that “if [a] treaty is valid there can be no dispute about the validity of the statute [implementing that treaty] under Article 1, Section 8, as a necessary and proper means to execute the powers of the Government.”

Under the Third Circuit’s interpretation, the case stands for the proposition that if the treaty is valid, then the law is valid. It will be interesting to see if the Supreme Court agrees.