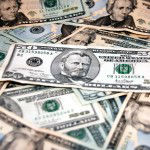 The U.S. Supreme Court has agreed to wade back into the controversial issue of campaign financing. The Court recently granted certiorari in McCutcheon v. Federal Election Commission, which challenges the current monetary cap on individual political contributions.

Under current campaign finance rules, individuals cannot donate more than $117,000 over a two-year election cycle. This includes to $46,200 to a candidate for federal office and $70,800 to other entities, including national political parties and state political parties, and non-party committees. The Supreme Court last considered the biannual limits in the 1976 Buckley v. Valeo case.

In the instant case, political activist and businessman Shaun McCutcheon and the Republican National Committee want to remove the biannual limits. The U.S. District Court in Washington, D.C. previously rejected their argument that limiting contributions violates the First Amendment to the U.S. Constitution.

In its opinion, the circuit court expressed concern about the corrupting power of unlimited individual contributions, noting that candidates at the receiving end of a large contribution “will know precisely where to lay the wreath of gratitude.” It further referenced Buckley’s holding holding that the limits represent “a coherent system rather than merely a collection of individual limits stacking prophylaxis upon prophylaxis.”

Nonetheless, the Supreme Court has previously shown a willingness to turn campaign finance laws on their head. As a result, the case certainty warrants the hype surrounding it. In fact, many are predicting that it could rival the Supreme Court’s 2010 Citizens United v. FEC decision by allowing even more money to flow into political campaigns. However, a decision will likely not come until 2014, as the Court will not consider the case until its next term, which begins this fall.