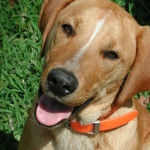 The U.S. Supreme Court recently decided one of two cases involving the reliability of man’s best friend to “sniff out” evidence of criminal activity. The Court ruled 9-0 in favor of the dog.

The dog alerted at the driver’s-side door handle, leading Wheetley to conclude that he had probable cause for a search. That search turned up nothing Aldo was trained to detect, but did reveal pseudoephedrine and other ingredients for manufacturing methamphetamine. Harris was arrested and charged with illegal possession of those ingredients. He subsequently sought to suppress the evidence based on Aldo’s certification and performance in the field.

The trial court denied the motion to suppress. However, on appeal, the Florida Supreme Court concluded that Wheetley lacked probable cause to search Harris’s vehicle under the Fourth Amendment. “[W]hen a dog alerts,” the court wrote, “the fact that the dog has been trained and certified is simply not enough to establish probable cause.”

The Supreme Court did not agree, reversing the decision by a vote of 9-0. In its opinion, the panel concluded that training and testing records supported Aldo’s reliability in detecting drugs.

“The question – similar to every inquiry into probable cause – is whether all the facts surrounding a dog’s alert, viewed through the lens of common sense, would make a reasonably prudent person think that a search would reveal contraband or evidence of a crime,” Justice Elena Kagan wrote. “A sniff is up to snuff when it meets that test.”

“Requiring the State to introduce comprehensive documentation of the dog’s prior hits and misses in the field, and holding that absent field records will preclude a finding of probable cause no matter how much other proof the State offers, is the antithesis of a totality-of-the-circumstances approach,” Kagan added.

Thus, the Court ultimately concluded that evidence of a dog’s satisfactory performance in a certification or training program can itself provide sufficient reason to trust his alert. As Kagan further noted, “After all, law enforcement units have their own strong incentive to use effective training and certification programs, because only accurate drug-detection dogs enable officers to locate contraband without incurring unnecessary risks or wasting limited time and resources.”

In the end, the decision gives significant deference to police dogs and their trainers. While the justices acknowledged that defendants should be able to challenge evidence of a dog’s reliability, it ultimately concluded that “[a] probable-cause hearing focusing on a dog’s alert should proceed much like any other. The court should allow the parties to make their best case, consistent with the usual rules of criminal procedure.”