Where Tradition and the Law Collide: Supreme Court to Consider Public Prayer 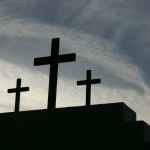 The Supreme Court never seems to disappoint a reality TV show loving public when it comes to reviewing controversial issues.  The justices recently agreed to take on the role of public prayer in government during its 2014 term.

The Establishment Clause of the First Amendment states that “Congress shall make no law respecting an establishment of religion.” The clause is generally interpreted to mean that the government cannot establish an official religion or take actions that unduly favor one religion over another.

However, the constitutionality of prayers at government meetings is far less clear, in large part because it has been an accepted practice since the founding of our country. The current case before the Court, Town of Greece v. Galloway, alleges that the town’s ritual of starting board meetings with a prayer by a member of the local clergy (often a Christian) violates the Establishment Clause.

The Second Circuit Court of Appeals agreed, ruling that “a legislative prayer practice that, however well-intentioned, conveys to a reasonable objective observer under the totality of the circumstances an official affiliation with a particular religion, violates the clear command of the [First Amendment’s] Establishment Clause.”

The Supreme Court last considered the role of prayer in government in 1983. March v. Chambers involved a legal challenge to the Nebraska state legislature’s practice of starting its sessions with a prayer by a chaplain paid by the state. The Supreme Court ultimately concluded that practice did not violate the Establishment Clause. However, its decision was based largely on tradition rather than the law.

The Court’s opinion noted that it would be unfair to find Nebraska’s opening prayer unconstitutional when “the practice of opening sessions of Congress with prayer has continued without interruption for almost 200 years ever since the First Congress drafted the First Amendment.”

As further explained in the majority opinion, “In light of the history, there can be no doubt that the practice of opening legislative sessions with prayer has become part of the fabric of our society. To invoke divine guidance on a public body entrusted with making the laws is not, in these circumstances, a violation of the Establishment Clause; it is simply a tolerable acknowledgment of beliefs widely held among the people of this country.”

No current member of the Court was serving when Marsh was decided. Accordingly, the justices will be able to put their own stamp on this controversial issue.