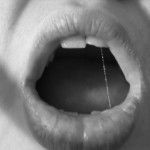 A mouth swab will soon be as common as a mug shot. In a controversial 5-4 ruling, the U.S. Supreme Court ruled that taking a DNA sample during police booking for serious offenses is reasonable under the Fourth Amendment.

The Supreme Court’s DNA ruling will undoubtedly make it easier for police to solve cold cases, but has also drawn the ire of privacy rights groups. Critics of the decision have rallied around Justice Antonin Scalia’s strongly worded dissent, in which he stated, “I doubt that the proud men who wrote the charter of our liberties would have been so eager to open their mouths for royal inspection.”

In 2009, Alonzo King was arrested and charged with first- and second-degree assault for menacing a group of people with a shotgun. As part of routine booking procedures for serious offenses under the Maryland DNA Collection Act, King’s DNA sample was taken by applying a cotton swab to the inside of his cheeks. The DNA was found to match the DNA taken from a rape victim. King was tried and convicted for the rape.

The Court of Appeals of Maryland, on review of King’s rape conviction, ruled that the DNA taken when King was booked for the 2009 charge was an unlawful seizure because obtaining and using the cheek swab was an unreasonable search of the person. It set the rape conviction aside.

The majority concluded that when officers make an arrest supported by probable cause to hold for a serious offense and bring the suspect to the station to be detained in custody, taking and analyzing a cheek swab of the arrestee’s DNA is a legitimate police booking procedure. More importantly, it found that DNA collection is a reasonable search under the Fourth Amendment.

In reaching this conclusion, the Court weighed the government’s interest in collecting DNA samples against the privacy interests of the accused. The majority concluded that the scales tipped strongly in favor of the need for such evidence.

“By comparison to the substantial government interest and the unique effectiveness of DNA identification, the intrusion of a cheek swab to obtain a DNA sample is minimal. Reasonableness must be considered in the context of an individual’s legitimate privacy expectations, which necessarily diminish when he is taken into police custody,” Justice Anthony Kennedy wrote on behalf of the majority.

As further explained in the opinion, “Criminal history is critical to officers who are processing a suspect for detention. They already seek identity information through routine and accepted means: comparing booking photographs to sketch artists’ depictions, showing mug shots to potential witnesses, and comparing fingerprints against electronic databases of known criminals and unsolved crimes. The only difference between DNA analysis and fingerprint databases is the unparalleled accuracy DNA provides. DNA is another metric of identification used to connect the arrestee with his or her public persona, as reflected in records of his or her actions that are available to the police.”