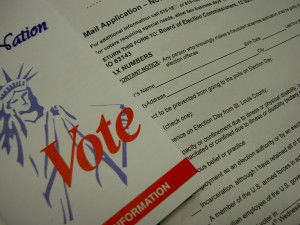 Over forty-five years after Congress passed the Voting Rights Act of 1965, a deeply divided U.S. Supreme Court has invalidated one of its key provisions. By a vote of 5-4, the Court ruled that Section 4, which establishes states and municipalities that must obtain federal approval before changing their voting laws, is unconstitutional.

Petitioner Shelby County, in the covered jurisdiction of Alabama, sued the Attorney General, seeking a declaratory judgment that sections 4(b) and 5 are facially unconstitutional, as well as a permanent injunction against their enforcement. Section 4 of the Act provides the “coverage formula,” defining the “covered jurisdictions” as States or political subdivisions that maintained tests or devices as prerequisites to voting, and had low voter registration or turnout, in the 1960s and early 1970s. In those covered jurisdictions, Section 5 of the Act provides that no change in voting procedures can take effect until approved by federal authorities. Such approval is known as “preclearance.”

The District Court upheld the Voting Rights Act, finding that the evidence before Congress in 2006 was sufficient to justify reauthorizing Section 5 and continuing Section 4(b)’s coverage formula. The D. C. Circuit affirmed. After surveying the evidence in the record, that court accepted Congress’s conclusion that litigation remained an inadequate remedy to protect the rights of minority voters. It further found that Section 5 was therefore still necessary, and that the coverage formula continued to pass constitutional muster.

The majority of the Supreme Court disagreed. They held that Section 4 of the Voting Rights Act is unconstitutional. More specifically, its formula can no longer be used as a basis for subjecting jurisdictions to pre-clearance.

“Our country has changed,” Chief Justice John G. Roberts Jr. wrote in the Shelby v. Holder. “While any racial discrimination in voting is too much, Congress must ensure that the legislation it passes to remedy that problem speaks to current conditions.”

The majority was also highly critical of the data used to reauthorize the Act and the coverage formula. “Congress — if it is to divide the states — must identify those jurisdictions to be singled out on a basis that makes sense in light of current conditions,” Roberts explained. “It cannot simply rely on the past.”

In its opinion, the majority did not expressly strike down Section 5 and, thus, left the door open for Congress to create a new formula. However, the tone of the majority opinion suggests that the current Court would likely be highly skeptical of any new legislation.

“The sad irony of today’s decision lies in its utter failure to grasp why the VRA has proven effective. The Court appears to believe that the VRA’s success in eliminating the specific devices extant in 1965 means that preclearance is no longer needed. With that belief, and the argument derived from it, history repeats itself… In truth, the evolution of voting discrimination into more subtle second-generation barriers is powerful evidence that a remedy as effective as preclearance remains vital to protect minority voting rights and prevent backsliding,” Ginsberg argued in the dissent.