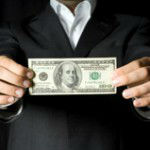 When the new term kicks off next moth, the U.S. Supreme Court will revisit some of its most controversial issues, including campaign finance reform. The case, McCutcheon v. Federal Election Commission, involves a constitutional challenge to aggregate contribution limits to federal candidates and political committees.

Under current campaign finance laws, individuals cannot donate more than $117,000 over a two-year election cycle. This includes to $46,200 to a candidate for federal office and $70,800 to other entities, of which no more than $46,200 may go to non-national-party committees (state parties and political action committees).

The Supreme Court last considered the biannual limits Buckley v. Valeo, which was decided in 1976. The Court held that while contribution limits implicate First Amendment interests, they withstand constitutional scrutiny so long as they are closely drawn to serve a sufficiently important governmental interest. In contrast, the Court did strike down limits on expenditures by candidates and committees, finding that they imposed “direct and substantial restraints on the quantity of political speech.”

In the current case, plaintiffs Shaun McCutcheon and the Republican National Committee (RNC) contend that the current bicentennial limits are unconstitutionally low and not supported by a sufficient governmental interest under the First Amendment. Although it noted that the “constitutional line between political speech and political contributions grows increasingly difficult to discern,” the U.S. District Court for the District of Columbia previously rejected the challenges.

With regard to the plaintiffs’ arguments that the contribution limits should be subjected to strict scrutiny, the court held: “Contribution limits are subject to lower scrutiny because they primarily implicate the First Amendment rights of association, not expression, and contributors remain able to vindicate their associational interest in other ways.” It also rejected the contention that the limits are too low, stating, “…it is not the judicial role to parse legislative judgment about what limits to impose.”

Not surprisingly, the case has attracted a large number of amicus briefs representing both sides of the case. Proponents of a liberal First Amendment interpretation include the Cato Institute, Senator Mitch McConnell, and the Thomas Jefferson Center for the Protection of Free Expression. Finance reform advocates appealing to the Court include several democratic members of the House of Representatives, Americans for Campaign Finance Reform, and the Constitutional Accountability Center.

Given the implications on political fundraising, this case is likely to generate the same buzz as Citizen’s United v. FEC. With regard to how it may ultimately be decided, the Roberts Court has previously demonstrated that it is willing to overturn campaign finance laws on First Amendment grounds. In addition, several justices have also publicly stated that Buckley should be overruled.

Oral arguments will be held on October 8.