What’s On Deck: Will the Supreme Court Reign in Recess Appointment Power? 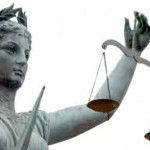 While the nominations are settled as a practical matter, the case promises to be one of the most politicized cases on the Court’s docket. At issue is under what circumstances the President can exercise his power under the Constitution to fill vacancies that occur while the Senate is at recess.

The specific questions before the Court include:

The Constitution provides that “[t]he President shall have Power to fill up all Vacancies that may happen during the Recess of the Senate, by granting Commissions which shall expire at the End of their next Session.” Although the power has been broadly interpreted in the past, the U.S. Court of Appeals for the District of Columbia Circuit invalidated President Barack Obama’s recess appointments to the NLRB earlier this year.

In a strongly worded opinion, the panel reasoned that the interpretation offered by the Obama Administration would provide “free rein to appoint his desired nominees at any time he pleases, whether that time be a weekend, lunch, or even when the Senate is in session and he is merely displeased with its inaction.” It concluded, “This cannot be the law.”

In the Obama Administration’s petition for certiorari to the Supreme Court, U.S. Solicitor General Donald B. Verrilli, Jr. alleged that the D.C. Circuit’s interpretation is just as troublesome. “That decision repudiates understandings of the Recess Appointments Clause that have been maintained and relied on by the Executive for most of the Nation’s history. The limitations imposed by the court of appeals would render many of the recess appointments since the Second World War unconstitutional,” he argued.

A hearing date has not yet been scheduled for this closely watched case.