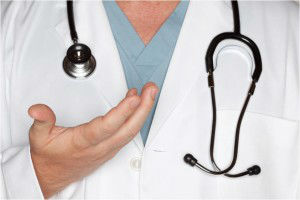 The U.S. Supreme Court has granted a writ of certiorari in Cline v. Oklahoma Coalition for Reproductive Justice, which challenges an Oklahoma law banning the use of certain medications to terminate a pregnancy. However, the justices will not decide whether to fully consider the controversial abortion case until after receiving clarification on the statute from the Supreme Court of Oklahoma.

In practical terms, the law limits the time frame in which doctors can provide medical abortions. Under the FDA’s approved label for RU-486, the drug should only be used to end a pregnancy up to not more than 49 days (seven weeks) after the last menstrual period. However, new protocols now widely adopted by the medical community, including the American College of Obstetricians and Gynecologists, now allow the drug to be safely used until nine weeks of pregnancy.

The plaintiffs challenged the Oklahoma law, arguing that it effectively outlaws all medical abortions, given the widespread use of the new protocol. They further allege that the law serves no other purpose but to restrict abortion.

The Oklahoma Supreme Court agreed, although without fully ruling on all of the arguments raised by the parties. The court simply held that the statute was facially unconstitutional in light of the U.S. Supreme Court’s holding in Planned Parenthood v. Casey.  In explaining the reasoning for its decision, the per curium opinion simply offered the following: “The challenged measure is facially unconstitutional pursuant to Casey, 505 U.S. 833. The mandate of Casey remains binding on this Court until and unless the United States Supreme Court holds to the contrary.”

In its order granting the petition for certiorari, the Supreme Court therefore wanted to know where that statute draws the line on medically induced abortions, including the following specific issues raised but not addressed in the state court proceedings:

Oklahoma’s highest court has not yet responded, and the Supreme Court imposed no deadline. Given the number of states placing new restrictions on abortion, this case could be a blockbuster. Or the Court could simply decline to initiate any further proceedings. We’ll have to wait and see.