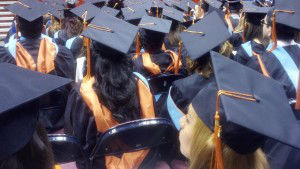 The U.S. Supreme Court recently heard oral arguments in one of its most controversial cases. In Schuette v. Coalition to Defend Affirmative Action, the Court must decide the constitutionality of an amendment to the Michigan state constitution that bans the use of affirmative action in the college admissions process.

Ultimately, the decision could come down to how notorious swing voter Justice Anthony M. Kennedy views the existing precedent established in Washington v. Seattle School District No. 1, 458 U.S. 457 (1982). The case involved a voter initiative that banned mandatory busing, which the school district planned to use to achieve racial integration in public schools. While the Court’s liberal justices found the cases to be nearly identical, Justice Kennedy questioned whether there were both legal and factual differences.

In 1978, the Seattle School District No. 1 (District) enacted the so-called Seattle Plan for desegregation of its schools, largely through mandatory busing. In response, voters passed a statewide initiative (Initiative 350), which prohibited school boards from requiring any student to attend a school other than the one geographically nearest or next nearest to his home, subject to a number of exceptions such as overcrowding, lack of necessary physical facilities, and the need for special educational programs. The district subsequently filed suit against the state challenging the constitutionality of Initiative 350 under the Equal Protection Clause of the Fourteenth Amendment.

By a vote of five to four, the Court ultimately agreed that the voter initiative violated the Equal Protection Clause of the U.S. Constitution. The majority specifically held that Initiative 350 was unconstitutional because it failed to allocate governmental power on the basis of any general principle, but rather used the “racial nature of an issue to define the governmental decisionmaking structure, thus imposing substantial and unique burdens on racial minorities.”

As explained by the Court, “Initiative 350 works something more than the ‘mere repeal’ of a desegregation law by the political entity that created it. It burdens all future attempts to integrate Washington schools by lodging decisionmaking authority over the question at a new and remote level of government. This makes the enactment of racially beneficial legislation uniquely difficult, and therefore imposes direct and undeniable burdens on minority interests.”