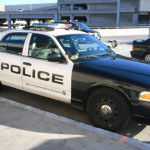 The October 2013 Term is in full swing with the U.S. Supreme Court issuing its first opinions. One of the first cases decided, Stanton v. Sims, involved whether police officers are authorized to pursue a fleeing suspect onto a homeowner’s private property when the crime only amounts to a misdemeanor.

The owner of the property, who was injured during the pursuit, filed a lawsuit under 42 U.S.C. §1983. She alleged that the police officer unreasonably searched her home without a warrant in violation of the Fourth Amendment. In a per curium opinion, the Court sided with the officer, overturning the Ninth Circuit Court of Appeals.

Around one o’clock in the morning on May 27, 2008, Officer Mike Stanton and his partner responded to a call about an “unknown disturbance” involving a person with a baseball bat in La Mesa, California. As they approached the area, which was known for gang activity, they noticed three men walking in the street. Upon seeing the police car, one of the men ran or quickly walked toward a residence. Stanton did not know at the time that residence belonged to Drendolyn Sims rather than the suspect.

Because he considered the man’s behavior to be suspicious, Stanton exited his patrol car, called out “police,” and ordered him to stop. The suspect instead “looked directly at Stanton, ignored his lawful orders[,] and quickly went through [the] front gate” of a fence enclosing Sims’ front yard. Believing the suspect committed a jailable misdemeanor by disobeying his order to stop and fearing for his safety, Stanton made the “split-second decision” to kick open the gate in pursuit. Unfortunately, Sims herself was standing behind the gate when it flew open. The swinging gate struck Sims, cutting her forehead and injuring her shoulder.

In considering Sims’ suit, the Ninth Circuit ruled that Stanton’s warrantless entry into her yard violated her constitutionally protected expectation of privacy because there was no immediate danger and the suspect had committed only the minor offense of disobeying a police officer. The court also found the law to be clearly established that Stanton’s pursuit of the suspect did not justify his warrantless entry, given that he was suspected of only a misdemeanor. Accordingly, the court found the officer was not entitled to qualified immunity.

The Supreme Court’s opinion addressed only the qualified immunity of the police officer and ultimately reversed the Ninth Circuit. As explained by the Court, “The doctrine of qualified immunity protects government officials ‘from liability for civil damages insofar as their conduct does not violate clearly established statutory or constitutional rights of which a reasonable person would have known.'” In this case, the Court determined that there was no evidence that the officer knowingly violated the Constitution. Therefore, the case turned on whether he was “plainly incompetent” in entering Sims’ yard to pursue the suspect.

On this issue, the justices disagreed with the Ninth Circuit’s analysis of existing precedent, finding that the lower court interpreted the Supreme Court’s decision in Welsh v. Wisconsin too broadly. As noted by the Court, “We held not that warrantless entry to arrest a misdemeanant is never justified, but only that such entry should be rare.”

“Stanton was in hot pursuit of Patrick. He did see Patrick enter Sims’ property, and he had every reason to believe that Patrick was just beyond Sims’ gate,” the court said. Accordingly, “Stanton may have been mistaken in believing his actions were justified, but he was not ‘plainly incompetent,’” it concluded.

The Supreme Court has generally given law enforcement significant latitude when it comes to the “hot pursuit” of individuals suspected of felonies or other crimes involving weapons. While the lower courts are largely split on how this precedent applies to less serious crimes, the Supreme Court’s opinion suggests that the Court may still provide some leeway to police officers.