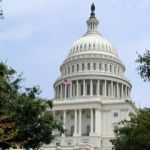 The U.S. Supreme Court recently heard oral arguments in Bond v. United States, which involves the federal government’s power to implement international treaties. The crux of the case is whether the Chemical Weapons Convention, which is used to justify our ongoing efforts in Syria, should be similarly be applied to a scorned wife who attacked her husband’s lover.

While the significant constitutional issues at stake take center stage, the facts of the case are equally as compelling. Police arrested Carol Anne Bond after she was caught spreading chemicals around the home of her former best friend, who was involved in an affair with Bond’s husband. The poisoning case made it all the way to the country’s highest court (twice) because Bond was charged under a federal law implementing the United States’ treaty obligations under the 1993 Chemical Weapons Convention.

The primary question before the Court is whether the Constitution’s structural limits on federal authority impose any constraints on the scope of Congress’ authority to enact legislation to implement a valid treaty. More specifically, the case involves circumstances where the federal statute, as applied, goes far beyond the scope of the treaty.

The Court may also reconsider the precedent established over 90 years ago in Missouri v. Holland. In that case, the Court held that “[i]f the treaty is valid there can be no dispute about the validity of the statute under Article I, § 8, as a necessary and proper means to execute the powers of the Government.” However, it failed to provide further guidance regarding whether treaties can expand the enumerated powers of Congress.

During oral arguments held earlier this month, several justices appeared to favor reigning in the scope of the government’s treaty power. As ScotusBlog reports, Justice Alito questioned whether the “very broad” implementing statute could be used to impose liability on him and his wife for giving “toxic chemicals” – in the form of chocolate, which is toxic to dogs – to trick-or-treaters on Halloween.

Clever quips aside, the decision has important implications. For instance, the latest United Nations’ arms control treaty includes provisions that could limit the gun ownership rights of American citizens. Accordingly, implementing legislation may require Congress to limit individual rights under the Second Amendment. The Court’s decision in Bond may establish whether such legislation would be unconstitutional.