EPA Case Before U.S. Supreme Court Has Underpinnings in Federalism 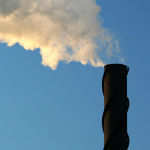 The U.S. Supreme Court recently heard oral arguments in what could be one of the most significant environmental cases to come before the Roberts Court.

EPA v. EME Homer City Generation involves a legal challenge to the controversial Cross-State Air Pollution Rule, which is often referred to as the Transport Rule. The Environmental Protection Agency (EPA) implemented the rule in 2011 under a provision of the Clean Air Act that requires states to reduce power plant emissions that contribute to air pollution in other states.

The EPA’s pollution rule has a number of critics, including power companies, coal companies, labor unions, trade associations, states, and local government. They allege that the EPA has exceeded its rulemaking authority in enacting the Transport Rule, an argument with which the U.S. Court of Appeals for the D.C. Circuit agreed.

While the case revolves around the EPA’s authority under the statute, the heart of the issue has its roots in federalism. When the founders drafted the U.S. Constitution, they were careful to give Congress and the Executive Branch sufficient authority to address national issues that impacted several states, while also preventing the federal government from interfering with purely intra-state matters. In many ways, air pollution that crosses state lines is exactly the type of problem they envisioned.

As the Constitutional Accountability Center argued in its amicus brief,  “The desire to ensure that the United States’ national government was furnished with constitutional authority to address truly national problems was perhaps the most important motivation for our Framers to return to the drawing board in the summer of 1787 and craft our enduring Constitution.”

The brief further argues that the D.C. Circuit got it wrong when it concluded that the EPA usurped its authority. In contrast, the brief maintains that “the [Clean Air Act] and the Transport Rule are perfect examples of how the federal government can use its constitutionally granted authority to solve complex interstate problems while respecting the role of the States in our federalist system.”

While many of the justices appeared to believe that the EPA was well within its authority in enacting the Transport Rule, we will likely have to wait until the spring for a final decision. Since Samuel A. Alito Jr. recused himself, a tie vote would leave the D.C. Circuit’s opinion in place and send the EPA back to the drawing board.