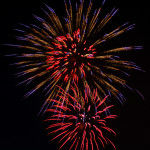 The U.S. Supreme Court recently heard oral arguments in one of the most anticipated cases of the October 2013 term. However, the abortion buffer case generated very few fireworks inside or outside of the courtroom. There were very few protestors outside of the Supreme Court, while the oral arguments inside lacked the heated debate that traditionally accompanies weighty free speech and abortion rights issues.

The case before the Court, McCullen v. Coakley, involves a First Amendment challenge to a Massachusetts law that makes it illegal to “enter or remain on a public way or sidewalk” within 35 feet of an entrance, exit, or driveway of “a reproductive health care facility.” While the First Circuit Court of Appeals upheld the law under the First and Fourteenth Amendments, the Supreme Court justices appeared more reluctant to let the law stand.

Justice Samuel Alito questioned the difference between a clinic employee who is allowed within the buffer zone to greet patients by saying “Good morning. This is a safe facility,” and an activist who wishes to say, “Good morning, this is not a safe facility.” By restricting one viewpoint and not the other, Alito suggested that the law might be discriminatory. “The only difference between the two is that they’ve expressed a different viewpoint,” he said. “What if there’s a real question about whether this is a safe facility?”

Even Justice Elena Kagan, whose vote Massachusetts would need to uphold the law, acknowledged that she was “a little hung up on why you need so much space.”  While she seemed to understand why Massachusetts enacted the buffer zone, she may try to convince her colleagues to force the state back to the drawing board rather than overturn the law altogether.

The Supreme Court last considered abortion clinic buffer zones in the 2000 case, Hill v. Colorado. In upholding a similar yet less restrictive Colorado law, the Court reasoned that the law was permissible under the First Amendment because it “is not a regulation of speech. Rather, it is a regulation of the places where some speech may occur.”

While the justices acknowledged that “First Amendment interests are clear and undisputed, they also noted that “the State’s police powers allow it to protect its citizens’ health and safety, and may justify a special focus on access to health care facilities and the avoidance of potential trauma to patients associated with confrontational protests.”

In the current case, Massachusetts argues that its law similarly targets conduct rather than speech, noting that a more restrictive law was necessary after a string of violent protests resulted in two deaths. Meanwhile, attorneys for the other side have presented the lead plaintiff, Eleanor McCullen, as a 77-year-old grandmother who seeks to quietly converse with women entering the clinic about abortion, further bolstering the argument that the Massachusetts law may not be least restrictive means to protect women seeking access to abortion clinics.

A decision in this case is expected in June. Please check back for updates and analysis of the ruling.