How Will Court Precedent Impact the Latest ACA Lawsuit? 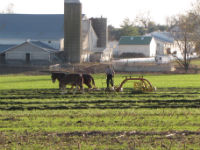 The second half of the U.S. Supreme Court’s October 2013 Term contains several blockbuster cases, with the latest challenge to the Affordable Care Act (ACA) among the most anticipated.

Oral arguments in Sebelius v. Hobby Lobby begin March 25. The owners of the retail chain argue that the ACA’s contraception mandate interferes with their deeply held religious beliefs, arguing that “the mandate compels Respondents to do precisely what their religion prohibits or face draconian consequences.”

As previously discussed on this Constitutional Law Blog, the Tenth Circuit Court of Appeals ruled that for-profit corporations do have religious liberty. Its decision rested largely on its interpretation of the Supreme Court’s decision in Citizens United v. Federal Election Commission, particularly with regard to a corporation’s First Amendment rights. “We see no reason the Supreme Court would recognize constitutional protection for a corporation’s political expression but not its religious expression,” the panel concluded.

While the Court’s Citizens United decision may favor Hobby Lobby, the Obama Administration may be able to hang its hat on United States v. Lee, a 1982 case involving an Amish farmer.

Edwin Lee failed to withhold social security taxes from his employees or to pay the employer’s share of such taxes because he believed that payment of the taxes and receipt of benefits would violate the Amish faith. After the Internal Revenue Service levied $27,000 in fines, the farmer filed suit, arguing that the imposition of the social security taxes violated his First Amendment free exercise rights and those of his Amish employees.

While the lower court held that the statutes requiring Lee to pay social security and unemployment insurance taxes were unconstitutional as applied, the Supreme Court disagreed. It held that the burden on Lee’s religious beliefs was outweighed by the government’s compelling interest, noting that “the broad public interest in maintaining a sound tax system is of such a high order, religious belief in conflict with the payment of taxes affords no basis for resisting the law.”

As further explained in the Lee opinion: “When followers of a particular sect enter into commercial activity as a matter of choice, the limits they accept on their own conduct as a matter of conscience and faith are not to be superimposed on the statutory schemes that are binding on others in that activity.”

In Hobby Lobby, the Obama Administration will surely argue that even if the ACA interferes with the company owners’ sincerely held religious beliefs, any such burdens are outweighed by the government’s interest in enforcing a nationwide healthcare plan.

We will be closely following the process of the latest ACA challenges, so please stay tuned for updates.