In Riley v. California and United States v. Wurie Is a Warrant Required to Search Cellphone 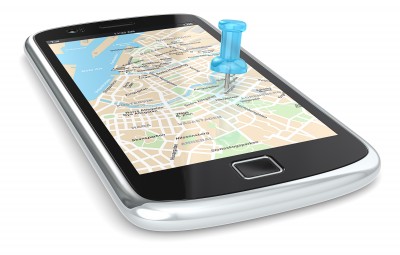 The U.S. Supreme Court recently heard oral arguments in two cases, Riley v. California and United States v. Wurie, both of which involve challenges to the search of an arrestee’s cell phone without a warrant.

Both California and the federal government argued that cellphones should be treated similar to an arrestee’s wallet and fair game to be searched without a warrant. In the opposite extreme, the defendants argued that a search warrant should be required any time the police want to look at an arrestee’s cell phone. It is hard to imagine that the Court will support either “bright line” rule.

During oral arguments, Justice Elan Kagan was vocal in opposing arguments by the plaintiffs, reasoning that a minor traffic stop could result in police looking at emails, calendars, contracts and GPS data on the arrestee’s phone. She stated that “people carry their entire lives on cellphones,” which is a significant difference from looking in somebody’s wallet.

Justice Anthony Kennedy, who is commonly a key vote on the Court, also expressed concerns. He asked the attorneys for the plaintiffs for suggestions on how to limit the government’s proposed rule.

The Court also acknowledged that criminals often use their cellphones to accomplish their criminal acts, so they are a great source of information, and the Court was reluctant to impede the ability of law enforcement to fight crime. Counsel for the defendants focused on this concern and plaintiffs’ arguments that police could fully search the phone after obtaining a warrant, by arguing that any delay in the search could result in criminal conduct being accomplished. It was also stated that sophisticated encryption technology could be used in the time it takes to obtain a warrant, resulting in the cellphone being useless to the police.

In an effort to propose middle ground, Justice Alito suggested that a warrant should not be required if the police are looking at information that could have been searched in a pre-digital era, such as a photograph. Justice Kagan was concerned that this approach left the door to wide open since almost everything on a cellphone could be reduced to paper.

Counsel for the plaintiffs suggested that police only be permitted to search cellphones without a warrant for evidence relevant to the crime for which the defendant was being arrested and limit the search to parts of the phone where they are likely to find it. The Court was concerned that this approach did not actually impose any real limits on what the police could not look at.

Justice Anthony Kennedy proposed limiting the police’s ability to search an arrestee’s cellphone without a warrant depending on whether the crime for which the individual was arrested was a serious or non-serious offense. This naturally led to concerns regarding how to distinguish between serious and non-serious crimes.

It will be interesting to see how the Court comes up with a majority opinion. This is especially true since the Court has had only two months to find middle ground before their summer recess.