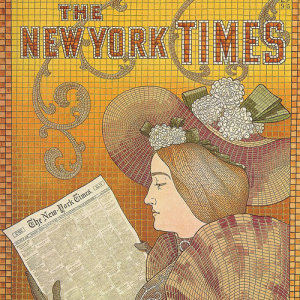 The U.S. Supreme Court has declined to come to the aid of New York Times reporter James Risen. He is facing jail time after refusing to comply with a subpoena seeking the identity of a source used for his book, “State of War.” The government maintains that the source is Jeffrey Sterling, a former CIA official accused of illegally disclosing national defense information.

The case, Risen v. United States, No. 13-1009, highlights the tension between the government’s desire to prosecute those who leak confidential information and journalists’ rights to protect their sources. The U.S. Supreme Court last considered the so-called reporters’ privilege in Branzburg v. Hayes, which was decided in 1972.

Although the majority ultimately concluded that the First Amendment to the Constitution did not afford reporters any special protections when subpoenaed to testify before a grand jury, the majority of the federal courts recognize the existence of a limited reporters’ privilege. Although the tests vary, they are largely based on a concurrent opinion written by Justice Lewis F. Powell Jr.

[I]f the newsman is called upon to give information bearing only a remote and tenuous relationship to the subject of the investigation, or if he has some other reason to believe that his testimony implicates confidential source relationships without a legitimate need of law enforcement, he will have access to the court on a motion to quash, and an appropriate protective order may be entered. The asserted claim to privilege should be judged on its facts by the striking of a proper balance between freedom of the press and the obligation of all citizens to give relevant testimony with respect to criminal conduct. The balance of these vital constitutional and societal interests on a case-by-case basis accords with the tried and traditional way of adjudicating such questions.

Risen argued that the First Amendment grants journalists a qualified privilege to protect the confidentiality of their sources in the context of a criminal trial. He also maintained that a federal common law privilege should be recognized to provide protection to journalists who are subpoenaed to reveal the identity of their confidential sources in a federal criminal trial.

However, the Court of Appeals for the Fourth Circuit ruled that he must comply with the subpoena. It reasoned that the Supreme Court in Branzburg had “ ‘in no uncertain terms rejected the existence of ’ ” a “First Amendment testimonial privilege, absolute or qualified, that protects a reporter from being compelled to testify by the prosecution or the defense in criminal proceedings about criminal conduct that the reporter personally witnessed or participated in, absent a showing of bad faith, harassment, or other such non-legitimate motive, even though the reporter promised confidentiality to his source.”

Although the justices did not offer any explanation for declining to hear the case, they may be waiting for Congress to act. In recent years, lawmakers have considered several bills to create a national reporter shield law.  The legislation seeks to strike a balance by providing legal protections to journalists engaged in newsgathering activities, while also including reasonable exceptions in national security cases in order to allow federal law enforcement to compel information that would mitigate terrorist threats.