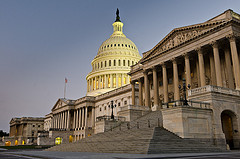 The U.S. Supreme Court sidestepped the most complex issues in Bond v. United States in yet another case of constitutional avoidance. Rather than address the limits of the federal government’s power to implement international treaties, the Court ruled that the Chemical Weapons Convention simply did not apply.

As many commentators have highlighted, the facts of the case appear to have been borrowed from a soap opera. Police arrested Carol Anne Bond after she was caught spreading chemicals around the home of her former best friend, who was involved in an affair with Bond’s husband. Bond was charged under a federal law implementing the United States’ treaty obligations under the 1993 Chemical Weapons Convention.

Bond first appeared before the Supreme Court in 2011. In her first case, the Court ruled that Bond had standing to challenge the constitutionality of the statute under the Tenth Amendment. Thereafter, the Third Circuit Court of Appeals ruled that it was bound by the Supreme Court’s decision in Missouri v. Holland. In that case, the Court stated that “[i]f the treaty is valid there can be no dispute about the validity of the statute under Article I, § 8, as a necessary and proper means to execute the powers of the Government.” The Third Circuit and several other courts have broadly interpreted the statement to mean that laws passed pursuant to treaties are not subject to 10th Amendment scrutiny.

Bond again appealed to the Supreme Court. This time the issue before the Court was “whether the Constitution’s structural limits on federal authority impose any constraints on the scope of Congress’ authority to enact legislation to implement a valid treaty, at least in circumstances where the federal statute, as applied, goes far beyond the scope of the treaty, intrudes on traditional state prerogatives, and is concededly unnecessary to satisfy the government’s treaty obligations.”

As an alternative to tackling the continued relevancy of Missouri v. Holland, the Court also considered whether Chemical Weapons Convention Implementation Act could be interpreted not to reach ordinary poisoning cases, which it noted have been adequately handled by state and local authorities since the Framing of the Constitution.

In a unanimous decision, the Court overturned the conviction of Carol Anne Bond. However, in doing so, the majority only reached the less difficult question: whether the statute applied to Bond in the first place. It concluded it did not.

As highlighted by Chief Justice John Roberts, federal law overrides the states’ powers only if Congress clearly intended to do so. In this case, it “would mark a dramatic departure from that constitutional structure and a serious reallocation of criminal law enforcement authority between the Federal Government and the States” if the 1993 Chemical Weapons Convention applied to Bond’s conduct.

“The global need to prevent chemical warfare does not require the Federal Government to reach into the kitchen cupboard, or to treat a local assault with a chemical irritant as the deployment of a chemical weapon. There is no reason to suppose that Congress-in implementing the Convention on Chemical Weapons-thought otherwise,” Roberts further explained.

Justices Scalia, Thomas, and Alito each wrote concurring opinions. They concluded that the statute did apply, but was unconstitutional as an impermissible extension of Congress’s power.