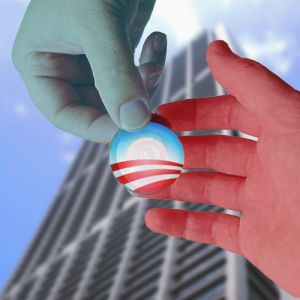 On the last day of the session, the U.S. Supreme Court issued its much-anticipated decision in Burwell v. Hobby Lobby. By a vote of 5-4, the justices ruled that the Affordable Care Act’s (ACA) so-called “contraception mandate” violates Religious Freedom Restoration Act when applied to closely held corporations.

The Court decided several challenges to a provision of the ACA that requires employers with more than 50 employees to provide coverage for certain health care services related to reproduction, including contraceptives and “morning after” pills. Employers who do not comply with the contraception mandate face steep fines.

The plaintiffs, owners of closely held for-profit corporations, argued that they have sincere Christian beliefs that life begins at conception, and it would violate their religion to facilitate access to contraceptive drugs or devices that operate after the egg is fertilized. They sued under Religious Freedom Restoration Act of 1993 (RFRA) and the Free Exercise Clause of the First Amendment, seeking to enjoin application of the contraceptive mandate insofar as it requires them to provide health coverage for the four objectionable contraceptives.

The RFRA prohibits the federal government from taking any action that substantially burdens the exercise of religion unless that action constitutes the least restrictive means of serving a compelling government interest.

In Hobby Lobby, the Tenth Circuit Court of Appeals ruled that for-profit corporations have religious liberty for the purpose of the RFRA and the First Amendment. Conversely, in Conestoga Wood Specialties, the Third Circuit Court of Appeals rejected the company’s challenge to the contraception mandate, holding that for-profit, secular corporations cannot engage in religious exercise. The circuit split made the Supreme Court’s intervention necessary.

The majority concluded that the contraceptive mandate violates RFRA, as applied to closely held corporations.

In reaching the decision, the justices first addressed whether the corporations could bring a challenge under the RFRA in the first place. The majority rejected the government’s argument that owners cannot sue because the regulations apply only to the companies, holding that the statute was intended to be applied broadly and protect the rights of the people associated with closely held corporations. Ruling otherwise, Justice Samuel A. Alito, Jr. wrote, would force companies to “either give up the right to seek judicial protection of their religious liberty or forgo the benefits, available to their competitors, of operating as corporations.”

With regard to whether corporations can “exercise” religion, the Court also rejected the notion that for-profit corporations are incapable of exercising religion because their purpose is simply to make money, noting that state laws authorize corporations to “pursue any lawful purpose or business, including the pursuit of profit in conformity with the owners’ religious principles.”

As for the enforceability of the ACA’s contraception mandate, the majority concluded that the provision imposes a substantial burden on the corporation’s ability to exercise their religious beliefs and is not the least restrictive way to further the government’s interest. With respect to the burden, the Court noted that Hobby Lobby and Conestoga would face millions of dollars in penalties if they failed to provide the birth control at issue. Meanwhile, in its least-restrictive-means analysis, the Court noted that the government had other options; they include assuming the cost of providing the four contraceptives to women unable to obtain coverage due to their employers’ religious objections, or extending the accommodation that the Department of Health and Human Services has already established for religious nonprofit organizations to non-profit employers with religious objections to the contraceptive mandate.

In a strongly worded dissent, Justice Ruth Bader Ginsberg expressed concern about the breadth of the majority’s opinion, suggesting that it had “ventured into a minefield.” Justices Stephen Breyer, Sonia Sotomayor, and Elena Kagan joined her opinion.

According to the dissenters, Congress did not intend for the RFRA to exempt corporations from laws that apply across the field. Ginsburg warned that the majority’s interpretation could allow businesses “to opt out of any law . . . they judge incompatible with their sincerely held religious beliefs.”

To continue reading on the subject of the Supreme Court’s decision on Burwell v. Hobby Lobby, check out my article  on Ginsberg Dissent on Obamacare Contraception Choice on politickernj.com