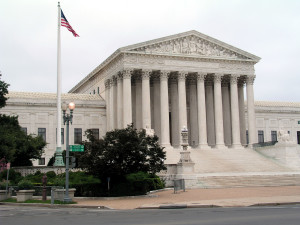 The U.S. Supreme Court recently issued an important decision regarding the free speech rights of public employees. The unanimous First Amendment decision clarifies that employees are protected when providing court testimony about matters outside the scope of their ordinary job duties.

Petitioner Edward Lane served as the Director of Community Intensive Training for Youth (CITY), a program for underprivileged youth operated by Central Alabama Community College (CACC). While conducting an audit of the program’s expenses, he discovered that Alabama State Representative Suzanne Schmitz was on CITY’s payroll, although she did not report to work. Lane eventually terminated Schmitz’ employment. As a result of a subsequent FBI investigation, Schmitz was indicted on charges of mail fraud and theft. Lane testified, under subpoena, about Schmitz’s termination from CITY, and she was ultimately convicted.

Shortly thereafter, Lane was laid off along with 28 other employees in a purported effort to address CITY’s ongoing financial difficulties. However, CACC’s president, Steve Franks, rescinded all but 2 of the 29 terminations—those of Lane and one other employee. Lane sued Franks in his individual and official capacities under 42 U. S. C. §1983, alleging that Franks had violated the First Amendment by firing him in retaliation for testifying against Schmitz.

It is well established that citizens do not surrender their First Amendment rights by accepting public employment. In Pickering v. Board of Ed. of Township High School Dist. 205, Will Cty., 391 U. S. 563, 568 (1968), the Supreme Court ruled that determining whether certain speech is protected requires balancing “the interests of the [employee], as a citizen, in commenting upon matters of public concern and the interest of the State, as an employer, in promoting the efficiency of the public services it performs through its employees.”

In Garcetti v. Ceballos, 547 U. S. 410, 421 (2006), the Court further clarified that if the speech is made pursuant to the employee’s ordinary job duties, then the employee is not speaking as a citizen for First Amendment purposes. However, if the “employee spoke as a citizen on a matter of public concern,” the court must evaluate “whether the relevant government entity had an adequate justification for treating the employee differently from any other member of the general public.” In the wake of the Garcetti decision, courts have struggled over what constitutes citizen speech vs. work speech.

The Court concluded that because Lane’s sworn testimony was outside the scope of his ordinary job duties, he was entitled to First Amendment protection. “Sworn testimony in judicial proceedings is a quintessential example of citizen speech for the simple reason that anyone who testifies in court bears an obligation, to the court and society at large, to tell the truth,” the justices held.

With regard to whether Lane’s speech was made pursuant to his ordinary job duties, the Court found that the Eleventh Circuit Court of Appeals got it wrong when it concluded that Lane did not speak as a citizen when he testified simply because he learned of the subject matter of that testimony in the course of his employment.

“Garcetti said nothing about speech that relates to public employment or concerns information learned in the course of that employment. The critical question under Garcetti is whether the speech at issue is itself ordinarily within the scope of an employee’s duties, not whether it merely concerns those duties,” the Court explained.

With regard to whether Lane’s speech was a matter of public concern, the Court found that corruption in a public program and misuse of state funds clearly qualify. The justices also easily found that the interests of the employee outweighed those of the state, noting that there was no evidence that Lane’s testimony was false or revealed confidential information.