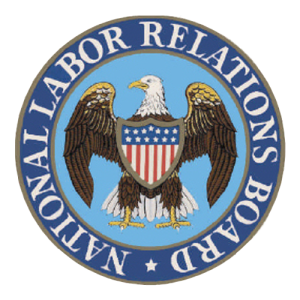 President Barack Obama exceeded the recess appointment power granted under the U.S. Constitution when he appointed three members to the National Labor Relations Board (NLRB), according to the unanimous opinion of the Supreme Court. The decision marked the first time the justices had considered the often-used political tool in the Constitution’s 200-year history.

Noel Canning sought to set aside an order of the NLRB based on the arguments that the Board lacked a quorum because three of the five Board members had been invalidly appointed. The disputed nominations were pending in the Senate when it passed a December 17, 2011, resolution providing for a series of “pro forma session[s],” with “no business . . . transacted,” every Tuesday and Friday through January 20, 2012. In reliance on the Recess Appointments Clause, President Obama appointed the three members in question between the January 3 and January 6 pro forma sessions. Noel Canning alleged that the appointments were invalid because the 3-day adjournment between those two sessions was not long enough to trigger the Recess Appointments Clause.

In most cases, the President must obtain “the Advice and Consent of the Senate” before appointing an “Office[r] of the United States.” However, the Constitution includes an exception known as the Recess Appointments Clause. It provides that “[t]he President shall have Power to fill up all Vacancies that may happen during the Recess of the Senate, by granting Commissions which shall expire at the End of their next Session.” Although courts have traditionally interpreted the power very broadly, the U.S. Court of Appeals for the District of Columbia Circuit invalidated President Obama’s recess appointments to the NLRB in 2013.

On appeal, the issues before the Supreme Court included:

In reaching its decision, the Court acknowledged that it was wading into new territory, as the use of recess appointments has largely been defined by political tradition. “We have not previously interpreted the [Recess Appointments] Clause, and, when doing so for the first time in more than 200 years, we must hesitate to upset the compromise and working arrangements that the elected branches of Government themselves have reached,” Justice Stephen Breyer wrote.

In this case, the Court concluded that the three-day break was not long enough to constitute a recess. “In light of historical practice, a recess of more than 3 days but less than 10 days is presumptively too short to fall within the Clause. The word ‘presumptively’ leaves open the possibility that a very unusual circumstance could demand the exercise of the recess-appointment power during a shorter break,” the Court explained.

As to the final question, the Court concluded that Congress can restrict the President’s ability to make recess appointments during recesses by holding “pro forma” sessions. As the Court explained, “For purposes of the Recess Appointments Clause, the Senate is in session when it says that it is, provided that, under its own rules, it retains the capacity to transact Senate business.”

Putting together the Court’s holdings on all three issues, the bottom line is this: “Because the Senate was in session during its pro forma sessions, the President made the recess appointments at issue during a 3-day recess. Three days is too short a time to bring a recess within the scope of the Clause, so the President lacked the authority to make those appointments.”