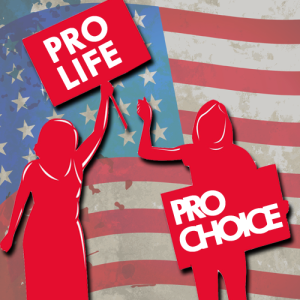 In McCullen v. Coakley, the U.S. Supreme Court ruled that a Massachusetts law establishing “buffer zones” around reproductive health care facilities violates the First Amendment. The justices concluded that even though the restriction is content neutral, it is not “narrowly tailored” because it “burden[s] substantially more speech than is necessary to further the government’s legitimate interests.”

The lawsuit challenged a Massachusetts statute that makes it a crime to knowingly stand on a “public way or sidewalk” within 35 feet of an entrance or driveway to any place, other than a hospital, where abortions are performed. The law, which is intended to reduce clashes between patients and protestors, exempts four classes of individuals: (1) “persons entering or leaving such facility”; (2) “employees or agents of such facility acting within the scope of their employment”; (3) “law enforcement, ambulance, firefighting, construction, utilities, public works and other municipal agents acting within the scope of their employment”; and (4) “persons using the public sidewalk or street right of-way adjacent to such facility solely for the purpose of reaching a destination other than such facility.”

The petitioners specifically alleged that the “buffer zone” created by the law prevented them from engaging in “sidewalk counseling,” which involves approaching women entering Massachusetts abortion clinics and offering information about alternatives to abortion and help pursuing those options. Accordingly, they maintained that the statute violated both the First and Fourteenth Amendments.

Public ways and sidewalks have historically been viewed as locations for public discourse and, therefore, the government’s ability to regulate speech in such locations is “very limited” under the First Amendment. However, the U.S. Supreme Court held in Ward v. Rock Against Racism that, even in a public forum, the government may impose reasonable restrictions on the time, place, or manner of protected speech, provided the restrictions “are justified without reference to the content of the regulated speech, that they are narrowly tailored to serve a significant governmental interest, and that they leave open ample alternative channels for communication of the information.”

Based on this precedent and the Supreme Court’s decision in Hill v. Colorado, which upheld a similar Colorado statute, the district court held that while the statute restricted the time, place, and manner of speech, the law passed muster because it was content-neutral and still left alternative means of communications. The U.S. Court of Appeals for the First Circuit affirmed.

In an opinion authored by Chief Justice John Roberts, the Court made it clear that there is difference between silencing angry protestors and those who seek to counsel women seeking abortions. Moreover, the Massachusetts law violated the Constitution because it interfered with the free exchange of ideas that the First Amendment was intended to safeguard.

In reaching its conclusion, the Court determined that the law was content and viewpoint neutral, and therefore not subject to strict scrutiny under the First Amendment. As Justice Roberts noted, “Whether petitioners violate the Act depends not on what they say, but on where they say it” [internal citations omitted].

The Court further held that the law serves the state’s legitimate interest in maintaining access to reproductive health facilities. However, the law violated the First Amendment because it was not narrowly tailored and burdened more speech than is necessary. In so ruling, the Court specifically noted that Massachusetts failed to consider less burdensome options.

“Respondents assert undeniably significant interests in maintaining public safety on those same streets and sidewalks, as well as in preserving access to adjacent healthcare facilities. But here the Commonwealth has pursued those interests by the extreme step of closing a substantial portion of a traditional public forum to all speakers. It has done so without seriously addressing the problem through alternatives that leave the forum open for its time-honored purposes. The Commonwealth may not do that consistent with the First Amendment, Justice Roberts explained.