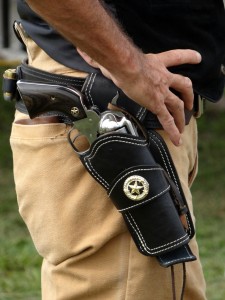 While the U.S. Supreme Court has not issued a ground breaking gun rights case since District of Columbia v. Heller, it continues to refine the scope of Second Amendment protection. The Court’s October 2013 session was no exception. In Abramski v. United States, the Court considered whether a federal statute imposes criminal penalties on any person who, in connection with a firearm’s acquisition, makes false statements about “any fact material to the lawfulness of the sale” applies to so-called straw purchasers.

Petitioner Bruce Abramski offered to purchase a handgun for his uncle using his law enforcement discount. Under federal law, he was required to fill out Form 4473, which asked whether he was the “actual transferee/buyer” of the gun. The form stated that a straw purchaser, defined as an individual buying a gun on someone else’s behalf, was not the actual buyer. Nonetheless, Abramski checked the box that indicated he was the actual buyer.

Abramski was subsequently convicted for knowingly making false statements “with respect to any fact material to the lawfulness of the sale” of a gun, 18 U. S. C. §922(a)(6), and for making a false statement “with respect to the in- formation required … to be kept” in the gun dealer’s records. He was sentenced to five years probation.

On appeal, Abramski argued that Congress did not intend to criminalize transfers between two legal gun owners. The U.S. Court of Appeals for the Fourth Circuit disagreed. It concluded that “identity of the purchaser of a firearm is a constant that is always material to the lawfulness of the purchase of a firearm under [Section] 922(a)(6).”

By a vote of five to four, the Supreme Court concluded that Abramski violated federal law. More specifically, it held that a person who buys a gun on someone else’s behalf while falsely claiming that it is for himself makes a material misrepresentation punishable under 18 U.S.C. § 922(a)(6).

“Federal gun law establishes an elaborate system of in-person identification and background checks to ensure that guns are kept out of the hands of felons and other prohibited purchasers,” Justice Elena Kagan stated on behalf of the majority. “These provisions would mean little if a would-be gun buyer could evade them all simply by enlisting the aid of an intermediary to execute the paperwork on his behalf.”

In so ruling, the majority rejected Abramski’s argument that his false response was not material because his uncle could have legally bought a gun for himself.

“Because the dealer could not have lawfully sold the gun had it known that Abramski was not the true buyer, the misstatement was material to the lawfulness of the sale,” Kagan explained.