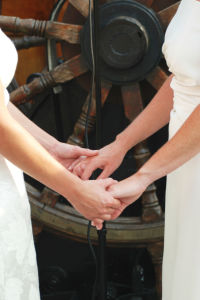 As momentum builds for the U.S Supreme Court to address the legality of same-sex marriage bans, it is fitting to discuss the Court’s 1966 decision in Loving v. Virginia. By a unanimous vote, the justices struck down a Virginia law prohibiting interracial marriage as unconstitutional.

In June of 1958, two residents of Virginia, Mildred Jeter, a black woman, and Richard Loving, a white man, were married in the District of Columbia. Shortly after their marriage, the Lovings returned to Virginia, where a grand jury issued an indictment charging them with violating Virginia’s ban on interracial marriages. At the time, Virginia was one of 16 states that prohibited and punished marriages on the basis of racial classifications.

The couple pleaded guilty to the charge and was sentenced to one year in jail; however, the trial judge suspended the sentence for a period of 25 years on the condition that they leave the State and not return to Virginia together for 25 years. The Lovings subsequently sought to overturn the convictions, arguing that the Virginia anti-miscegenation statutes were unconstitutional.

The justices unanimously held that the Virginia laws violated the Equal Protection and Due Process Clauses of the Fourteenth Amendment by preventing marriages between persons solely on the basis of racial classifications.

Applying “the most rigid scrutiny” under the Equal Protection Clause, the Court found that there was “patently no legitimate overriding purpose independent of invidious racial discrimination which justifies this classification.” In so ruling, the justices rejected the state’s argument that because the laws punished white and black participants in an interracial marriage equally, they should be deemed constitutional.

The Court also found that the statutes violated the Due Process Clause. “Under our Constitution, the freedom to marry, or not marry, a person of another race resides with the individual, and cannot be infringed by the State,” Chief Justice Earl Warren wrote on behalf of the Court.