Vacco v. Quill: The Right to Die and the U.S. Constitution 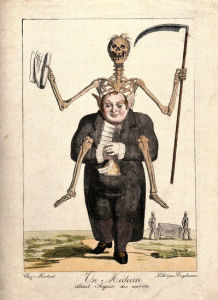 The planned death of a 29-year-old California woman with brain cancer has placed the legality of “death with dignity” laws back in the spotlight. Brittany Maynard, who moved to Oregon where physician assisted suicide is legal, is using her remaining days to voice her support for the ability of terminally ill patients to decide when and how to die.

While states like Oregon are free to enact such laws, the U.S. Supreme has held that physician-assisted suicide is not a constitutionally protected interest under the Equal Protection Clause of the Fourteenth Amendment. The seminal case is Vacco v. Quill, which challenged New York’s ban on medical euthanasia.

The lawsuit against the State of New York’s Attorney General challenged a New York law that makes it a crime to aid another to commit or attempt suicide. The plaintiffs included physicians who assert that although it would be “consistent with the standards of [their] medical practice[s]” to prescribe lethal medication for “mentally competent, terminally ill patients” who are suffering great pain and desire a doctor’s help in taking their own lives, they are prevented from doing so by New York’s ban on assisting suicide. Three terminally ill patients also joined the legal challenge, arguing that because New York allows a competent person to refuse life-sustaining medical treatment but prohibits physician-assisted suicide, the ban violates the Equal Protection Clause.

The district court upheld the ban, finding ”it is hardly unreasonable or irrational for the State to recognize a difference between allowing nature to take its course, even in the most severe situations, and intentionally using an artificial death producing device.” The Second Circuit Court of Appeals reversed, siding with patients in the belief that “[t]he ending of life by [the withdrawal of life-support systems] is nothing more nor less than assisted suicide.”

In a unanimous decision, the Supreme Court held that the U.S. Constitution does not guarantee the right to die. Rather, New York’s ban on physician-assisted suicide was rationally related to a legitimate state interest.

In reaching its decision, the Court concluded that there is a legal distinction between “letting a patient die and making that patient die.” As further explained by Chief Justice Rehnquist:

The distinction comports with fundamental legal principles of causation and intent. First, when a patient refuses life sustaining medical treatment, he dies from an underlying fatal disease or pathology; but if a patient ingests lethal medication prescribed by a physician, he is killed by that medication…We disagree with respondents’ claim that the distinction between refusing lifesaving medical treatment and assisted suicide is “arbitrary” and “irrational.” … Granted, in some cases, the line between the two may not be clear, but certainty is not required, even were it possible. Logic and contemporary practice support New York’s judgment that the two acts are different, and New York may therefore, consistent with the Constitution, treat them differently. By permitting everyone to refuse unwanted medical treatment while prohibiting anyone from assisting a suicide, New York law follows a longstanding and rational distinction.

The Court further concluded that the state was furthering a legitimate interest when enacting the ban. The opinion specifically cited prohibiting intentional killing and preserving life; preventing suicide; maintaining physicians’ role as their patients’ healers; protecting vulnerable people from indifference, prejudice, and psychological and financial pressure to end their lives; and avoiding a possible slide towards euthanasia.