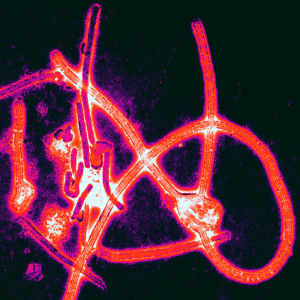 New York and New Jersey are currently imposing mandatory quarantines to stop the spread of Ebola. The U.S. Supreme first recognized the authority of the states to exercise their police power to protect the public health in 1905. The case, Jacobson v. Massachusetts, remains the leading authority on the scope of government authority to enforce mandatory public health measures.

The case revolved around Massachusetts’ compulsory vaccination, which stated, in relevant part:

The board of health of a city or town if, in its opinion, it is necessary for the public health or safety shall require and enforce the vaccination and revaccination of all the inhabitants thereof and shall provide them with the means of free vaccination. Whoever, being over twenty-one years of age and not under guardianship, refuses or neglects to comply with such requirement shall forfeit five dollars.

In the reliance on the statute, the Board of Health of the city of Cambridge, Massachusetts enacted an ordinance that required all inhabitants to be vaccinated against smallpox. Jacobson refused to comply with the ordinance and was fined $5 under the state’s vaccination law. He challenged the constitutionality of the statute all the way to the Supreme Court.

The Court upheld the law, concluding the vaccination requirement was a valid exercise of the state’s police power. As explained by Justice John Marshall Harlan, “Upon the principle of self-defense, of paramount necessity, a community has the right to protect itself against an epidemic of disease which threatens the safety of its members.”

The Court, however, emphasized that the state’s authority did have limits. As set forth in the opinion:

According to settled principles, the police power of a State must be held to embrace, at least, such reasonable regulations established directly by legislative enactment as will protect the public health and the public safety. It is equally true that the State may invest local bodies called into existence for purposes of local administration with authority in some appropriate way to safeguard the public health and the public safety. The mode or manner in which those results are to be accomplished is within the discretion of the State, subject, of course, so far as Federal power is concerned, only to the condition that no rule prescribed by a State, nor any regulation adopted by a local governmental agency acting under the sanction of state legislation, shall contravene the Constitution of the United States or infringe any right granted or secured by that instrument.

Accordingly, public health measures employed by the states must comply with the Fifth and Fourteenth Amendments, particularly with respect to due process.