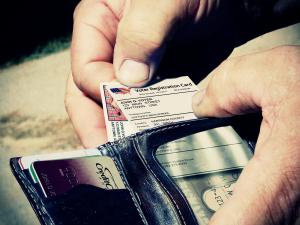 After a federal judge the concluded the Texas voter identification law placed an unconstitutional burden on the rights of minority voters, the U.S. Supreme Court inexplicably issued an emergency order giving it the green light. While the justices may ultimately strike down the law, it appears the majority believed their hands were tied when it comes to the upcoming November elections. While the Supreme Court’s unsigned order did not provide an explanation, it likely relied on the precedent established in Purcell v. Gonzalez, which emphasized the importance of preserving the status quo on the eve of an election.

In 2004, Arizona voters approved Proposition 200, which requires voters to present proof of citizenship when they register to vote and to present identification when they vote on Election Day. While the United States Attorney General precleared the procedures under the Voting Rights Act, several plaintiffs challenged the law. Several weeks before the scheduled election, the Court of Appeals issued a four-sentence order enjoining Arizona from enforcing Proposition 200’s provisions pending disposition, after full briefing, of the appeals of the denial of a preliminary injunction.

The Supreme Court vacated the injunction, thereby maintaining the status quo. “Given the imminence of the election and the inadequate time to resolve the factual disputes, our action today shall of necessity allow the election to proceed without an injunction suspending the voter identification rules,” the Court held.

As further explained by the Court, “Faced with an application to enjoin operation of voter identification procedures just weeks before an election, the Court of Appeals was required to weigh, in addition to the harms attendant upon issuance or nonissuance of an injunction, considerations specific to election cases and its own institutional procedures.”

The Impact on the Texas Voter ID Law

The Fifth Circuit Court of Appeals relied on Purcell when it stayed the trial court’s ruling pending appeal, noting that the court struck down the voter ID law just nine days before early voting begins and just 24 days before Election Day.

At the Supreme Court, not all of the justices were on board. In a scathing dissent, Justice Ruth Bader Ginsberg argued that the majority decision “imposes an unconstitutional poll tax” and endorses the “strictest regime in the country.” Justices Sotomayor and Kagan joined her.

Ginsberg further noted that, unlike in Purcell and other recent voting rights cases, the Texas district court’s decision followed a full trial and rested on an extensive record. Accordingly, the Fifth Circuit should have given it deference. “Purcell held only that courts must take careful account of considerations specific to election cases, not that election cases are exempt from traditional stay standards,” she stated.

The Obama Administration also expressed frustration. “It is a major step backward to let stand a law that a federal court, after a lengthy trial, has determined was designed to discriminate. It is true we are close to an election, but the outcome here that would be least confusing to voters is the one that allowed the most people to vote lawfully,” Attorney General Eric Holder Jr. stated.