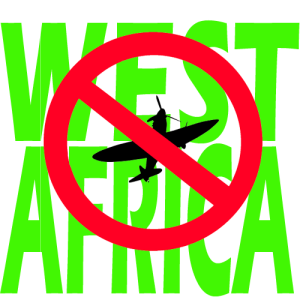 The Ebola scare has raised questions regarding the legal authority of the United States government to institute travel bans from countries in West Africa. In Zemel v. Rusk, the U.S. Supreme Court held that travel restrictions, if made in a non-discriminatory manner, are constitutional when implemented in the interests of national security.

Prior to 1961, passports were not required for travel anywhere in the Western Hemisphere. After the United States broke diplomatic and consular relations with Cuba, the Department of State eliminated Cuba from the area for which passports were not required, and declared all outstanding United States passports (except those held by persons already in Cuba) to be invalid for travel to or in Cuba “unless specifically endorsed for such travel under the authority of the Secretary of State.”

Zemel, a citizen of the United States and holder of an otherwise valid passport, applied to the State Department to have his passport validated for travel to Cuba as a tourist. He stated that the purpose of the proposed trip was “to satisfy my curiosity about the state of affairs in Cuba and to make me a better informed citizen.” The request was denied, on the ground that the purpose of the trip did not meet the previously prescribed standards for such travel.

On December 7, 1962, appellant filed suit against the Secretary of State and the Attorney General. He argued that he was entitled under the Constitution and laws of the United States to travel to Cuba and to have his passport validated for that purpose and that the Secretary’s restrictions upon travel to Cuba were invalid. A three-judge court granted the Secretary of State’s motion for summary judgment and dismissed the suit. Zemel appealed to the U.S. Supreme Court.

By a vote of six to three, the Supreme Court affirmed the ruling of the U.S. District Court. It concluded that the restriction on travel to Cuba did not violate Zemel’s constitutional rights.

In reaching its decision, the Court acknowledged that it had previously held that “[t]he right to travel is a part of the `liberty’ of which the citizen cannot be deprived without due process of law under the Fifth Amendment.” However, it noted that “the fact that a liberty cannot be inhibited without due process of law does not mean that it can under no circumstances be inhibited.”

As further explained by Chief Justice Earl Warren, “The right to travel within the United States is of course also constitutionally protected. But that freedom does not mean that areas ravaged by flood, fire or pestilence cannot be quarantined when it can be demonstrated that unlimited travel to the area would directly and materially interfere with the safety and welfare of the area or the Nation as a whole. So it is with international travel.” The Cuban missile crisis of October 1962 preceded the filing of appellant’s complaint by less than two months, so the national security reasons which the restriction was upheld under were given substantial weight.