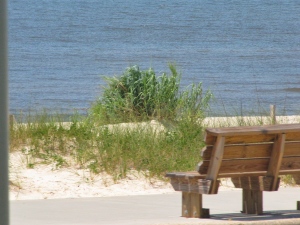 The U.S. Supreme Court recently heard oral arguments in Yates v. United States. The case involves a Florida fisherman who was convicted of violating the Sarbanes-Oxley Act when he destroyed several dozen undersized fish. The specific issue before the justices is whether the anti-shredding provision of the corporate responsibility law is limited to the destruction of tangible objects related to record keeping.

On August 23, 2007, John Yates was commercial fishing off of Florida’s Gulf Coast when a field officer with the Florida Fish and Wildlife Conservation Commission (FWC) boarded his vessel, the Miss Katie, to perform an inspection. Upon measuring Yates’s red grouper harvest to determine whether the fish met the minimum legal length 20 inches, the officer found that 72 were too short and issued a citation.

Prior to returning to port, Yates allegedly instructed his crew to throw undersized fish overboard because when they were re-measured four days later, only 69 fish were less than 20 inches. As a result of the incident, Yates was charged with violating the “anti-shredding” provision of the Sarbanes-Oxley Act.

In his defense, Yates maintained that the FWC officers had failed to properly measure the fish in accordance with federal law, which mandates that they be measured with their mouths open. At trial, he further argued that Sarbanes-Oxley is “a records-keeping statute aimed solely at destruction of records and documents” and, therefore, should not apply to the destruction of grouper. The Eleventh Circuit Court of Appeals upheld the conviction, concluding that the phrase “tangible object” “unambiguously applies to fish.”

Passed in the wake of the Enron scandal, Sarbanes-Oxley was intended to curb corporate fraud and hold public companies more accountable for their disclosure and accounting practices. The statute’s anti-shredding provision makes it a crime for anyone who “knowingly alters, destroys, mutilates, conceals, covers up, falsifies, or makes a false entry in any record, document, or tangible object” with the intent to impede or obstruct an investigation. The maximum penalty is 20 years in prison.

The statute does not define the term “tangible object.” Accordingly, since its passage in 2002, federal prosecutors have relied on the provision to criminalize the destruction of various types of physical evidence, ranging from human bodies to guns. Most recently, the government relied on Section 1519 to convict a friend of Boston Marathon bombing suspect Dzhokhar Tsarnaev after he allegedly concealed a backpack containing evidence of the attack.

Due process requires that a criminal statute give a defendant “fair warning” of what conduct is prohibited. As explained by the Supreme Court in McBoyle v. United States, 283 U.S. 25, 27 (1931), “Although it is not likely that a criminal will carefully consider the text of the law before he murders or steals, it is reasonable that a fair warning should be given to the world in language that the common world will understand, of what the law intends to do if a certain line is passed.”

In this case, Yates argues that he had no way of knowing that the disposal of allegedly undersized fish would constitute the destruction of a “record, document, or tangible object” under the Sarbanes-Oxley Act. The specific question before the Supreme Court is:

Whether Mr. Yates was deprived of fair notice that destruction of fish would fall within the purview of 18 U.S.C. § 1519, where the term “tangible object” is ambiguous and undefined in the statute, and unlike the nouns accompanying “tangible object” in section 1519, possesses no record-keeping, documentary, or informational content or purpose?

During oral arguments, both sides faced intense scrutiny. Several justices questioned Yates’ narrow interpretation of “tangible object,” which would only include objects used to preserve information. Yet they also appeared concerned that the fisherman may be a victim of overzealous prosecution, much like in last term’s Bond v. United States case. Referring to the potential penalty Yates could face if convicted, Justice Scalia asked, “What kind of a mad prosecutor would try to send this guy up for 20 years?”

We will provide an update once the Court’s issues its decision.