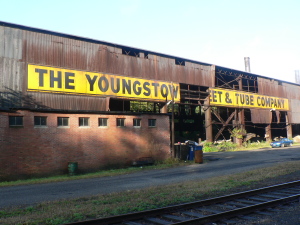 Presidents from George Washington to Barack Obama have issued executive orders to help facilitate the management of the country. Because such actions are often not expressly authorized by statute, but rather derived from the President’s executive power under the U.S. Constitution, they are subject to legal challenge. In Youngstown Sheet and Tube Co. v. Sawyer, the U.S. Supreme Court held that President Harry Truman exceeded his authority when he seized the country’s steel mills to resolve a labor dispute.

In response to a threatened nation-wide strike of steel workers in April 1952, President Harry Truman issued an Executive Order directing the Secretary of Commerce to seize and operate the majority of the nation’s steel mills. The Order was not predicated upon any specific statutory authority but was based generally upon all powers vested in the President by the U.S. Constitution and as Commander in Chief of the Armed Forces.

The Secretary issued an order seizing the steel mills and directing their presidents to operate them as operating managers for the federal government. While President Truman urged Congress to take action, it refused to authorize governmental seizures of property to settle labor disputes. In response to the seizure, the steel companies filed suit, alleging that the President had exceeded his powers in issuing the executive order.

Under Article II, section 1 of the U.S. Constitution, “The executive power shall be vested in a president of the United States of America.” Article II, section 3 further states that, “The President shall take care that the laws be faithfully executed…” Although the provisions do not expressly grant the president the power to make executive orders, the authority is thought to derive from his the aggregate of his powers under the Constitution.

By a vote of six to three, the Supreme Court vacated the executive order. It concluded that the President did not have the constitutional or statutory authority to seize the nation’s steel mills. “The President’s power to see that the laws are faithfully executed refutes the idea that he is to be a lawmaker,” Justice Hugo L. Black wrote.

While Justice Black took a hardline approach, concluding that the president’s authority must stem either from an act of Congress or from the Constitution itself, Justice Robert Jackson’s concurrence adopted a more flexible approach. It is also more frequently cited in executive power jurisprudence.

According to Justice Jackson, presidential authority can be broken down into three categories:

Using this framework, Justice Jackson ultimately concluded, “The executive action we have here originates in the individual will of the President and represents an exercise of authority without law.”