Key Abortion Rulings Made By The Supreme Court 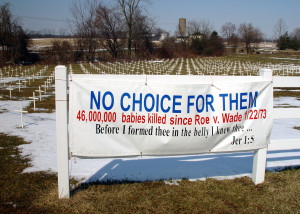 What have been the Supreme Court’s key abortion rulings?

The U.S. Supreme Court is poised to again address the constitutionality of state laws restricting abortion. The state of North Carolina recently announced it would ask the country’s highest court to review a state law that requires pregnant women to undergo ultrasound tests and listen to an anti-abortion message prior to the procedure in regards to abortion rulings.

In December, the U.S. Court of Appeals for the Fourth Circuit struck down North Carolina’s abortion law, finding that it violated the free speech rights of doctors. The issue could be ripe for Supreme Court review because the Fifth Circuit reached the opposite conclusion when reviewing a similar Texas law. Both based their key abortion rulings on interpretations of the Supreme Court’s decision in Planned Parenthood of Southeast Pennsylvania v. Casey, 505 U.S. 833 (1992).

In addition to ultrasound requirements, many states have enacted other measures intended to discourage abortions, such restricting medication that induces abortion and imposing new requirements on doctors performing the procedure. In Tennessee, a new constitutional amendment denies any right to abortion. Legal challenges to those laws are also winding their way up through the appeals courts. Given the likelihood that at least one case will come before the U.S. Supreme Court, below is a brief review of several abortion rulings:

In 1974, many states banned all abortions, except for those needed to save the life of the mother. In response to a legal challenge involving such a law in Texas, the Court ultimately concluded that the abortion law was unconstitutional, as it violated the right to privacy embodied in the Constitution’s First, Fourth, Ninth, and Fourteenth Amendments. Citing a long list of cases, the majority also held that the “zone of privacy” guaranteed by the Constitution is broad enough to encompass a woman’s decision whether or not to terminate her pregnancy. Accordingly, only a “compelling state interest” could justify the enactment of state abortion laws. The Court, however, also acknowledged that the right to privacy was not absolute, recognizing recognized that the state has legitimate interests in protecting both the pregnant woman’s health and the potentiality of human life. In terms of abortion rulings, the Roe v. Wade decision first brought this otherwise non-discussed issue to light for many Americans.

In 1989, the Supreme Court considered its first major challenge to the Roe decision. The case involved a Missouri law that prohibited public facilities from conducting abortions and banned public healthcare providers from performing the procedure unless the mother’s life was at risk. The law also stated that life begins at conception and required fetal viability tests for abortions performed after 20 weeks. In a 5-4 ruling, the Court upheld the statute, although the justices were very divided in their opinions. The majority concluded that the declaration that life begins at conception did not impact the right to abortion because it was contained in the law’s preamble. In addition, the Court held that the right to abortion did not guarantee that it could be performed in a public facility.

In 1992, the Court considered a broad Pennsylvania abortion law that required women seeking abortions to sign an informed consent form, undergo a 24-hour waiting period, obtain the consent of at least one parent or guardian if under the age of majority, and inform spouses of their plans to terminate her pregnancy. A deeply divided Court ultimately upheld the 24-hour waiting period, informed consent, and parental consent requirements, but struck down the spousal notification provision. While the Court reaffirmed its core holding in Roe regarding the right to terminate a pregnancy, the Casey decision lowered the judicial review standard used to evaluate abortion regulations. As set forth in the majority decision, laws restricting abortion prior to viability would be deemed unconstitutional only if they imposed an undue burden on a woman’s right to terminate her pregnancy.

In 1999, the Supreme Court considered a Nebraska law that prohibited any “partial birth abortion” unless that it was needed to save the mother’s life. The statute criminalized such procedures, subjecting physicians to felony prosecution and loss of their medical licenses. In a 5-4 decision, the majority found that the law was unconstitutional because it placed an undue burden on a woman’s right to make abortion rulings. In striking down the abortion restriction, Court also noted that it failed to include an exception for the preservation of the health of the mother.

If you have an opinion on key abortion rulings made by the Supreme Court in this nation, feel free to leave a comment.